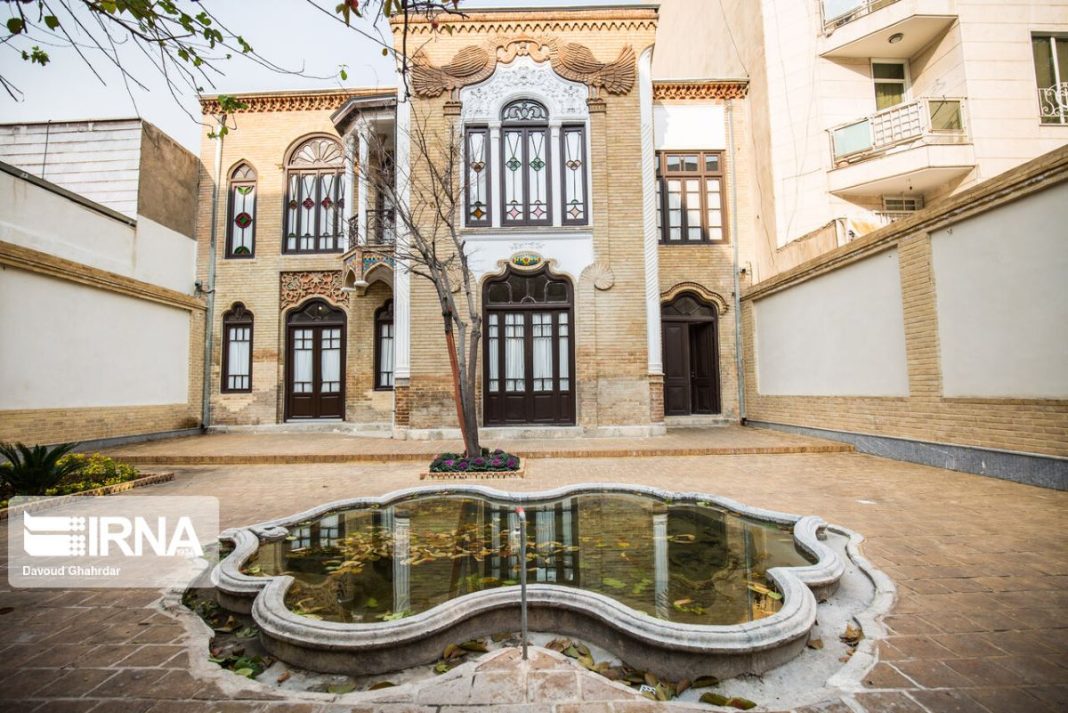 Minaee Heritage House is a Qajar-era building whose construction goes back to 150 years ago. It is known by the name of its last owner, Minaee, but was in fact the property of Monir us-Saltaneh, one of Nasser ed-Din Shah’s wives, that was purchased by the Minaees in the 1340s (according to the Iranian calendar). It now belongs to the Tehran Municipality, and has been turned into a cultural center.

Minaee Heritage House was once the property of Monir us-Saltaneh, the mother of Kamran Mirza, the Qajar (Wikipedia) regent and Nasser ed-Din Shah’s third son.

After Kamran Mirza’s death, the land in the neighborhood was sold to Abdolhossein Mirza Farmanfarma, the grandson of Sardar Abbas Mirza, who was a Qajar prince and Persia’s prime minister.

After changing hands several times, Farhad Minaee purchased it from Taqi-Reza, a famous butcher in Tehran, in 1345. 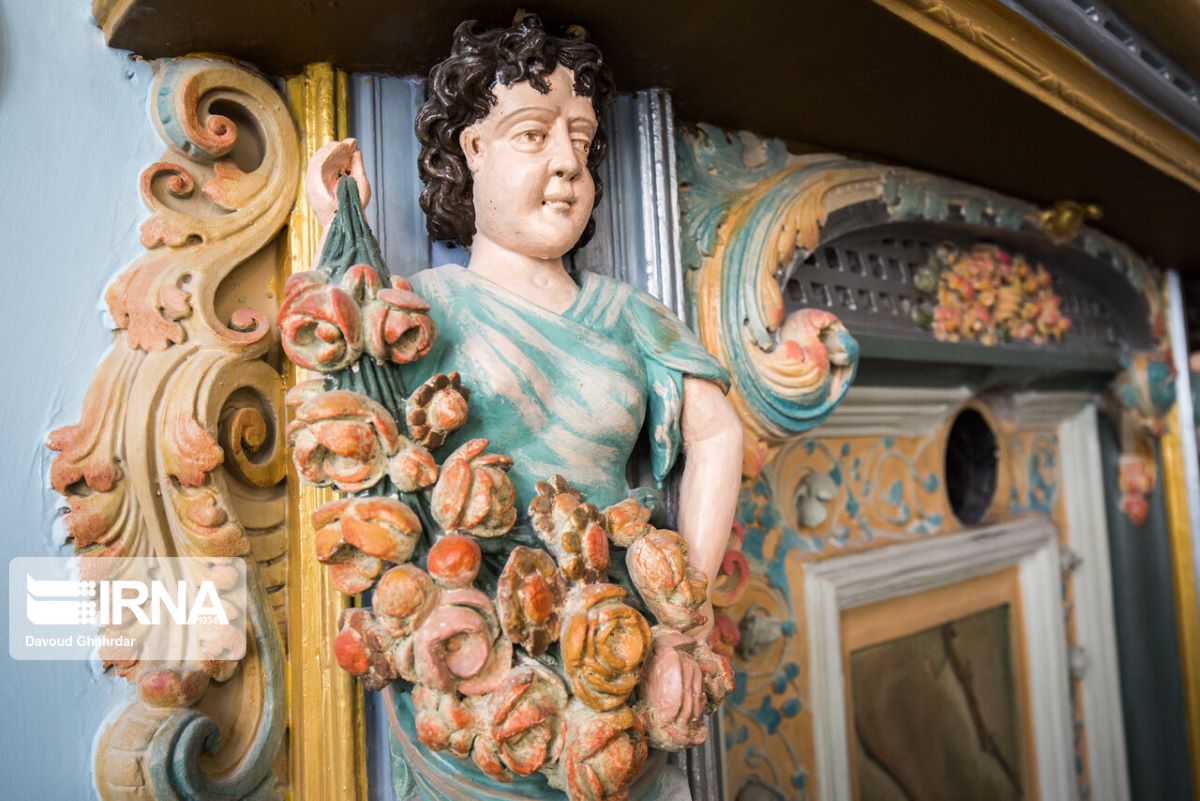 Monir us-Saltaneh, after whom the Moniriyeh neighborhood in Tehran has been named, was the daughter of the Azeri Mohammad-Taqi Khan Me’marbashi, who built the Dar ul-Fonoun building in south of the capital.

Since Monir us-Saltaneh’s father frequented the court, Nasser ed-Din Shah picked her as one of his wives, and she became one of the shah’s non-permanent spouses.

Monir us-Saltaneh was an altruistic and rich woman who donated a lot, among them the Moniriyeh Mosque and School buildings. She is probably the only Qajar whose name is still on a Tehran neighborhood. 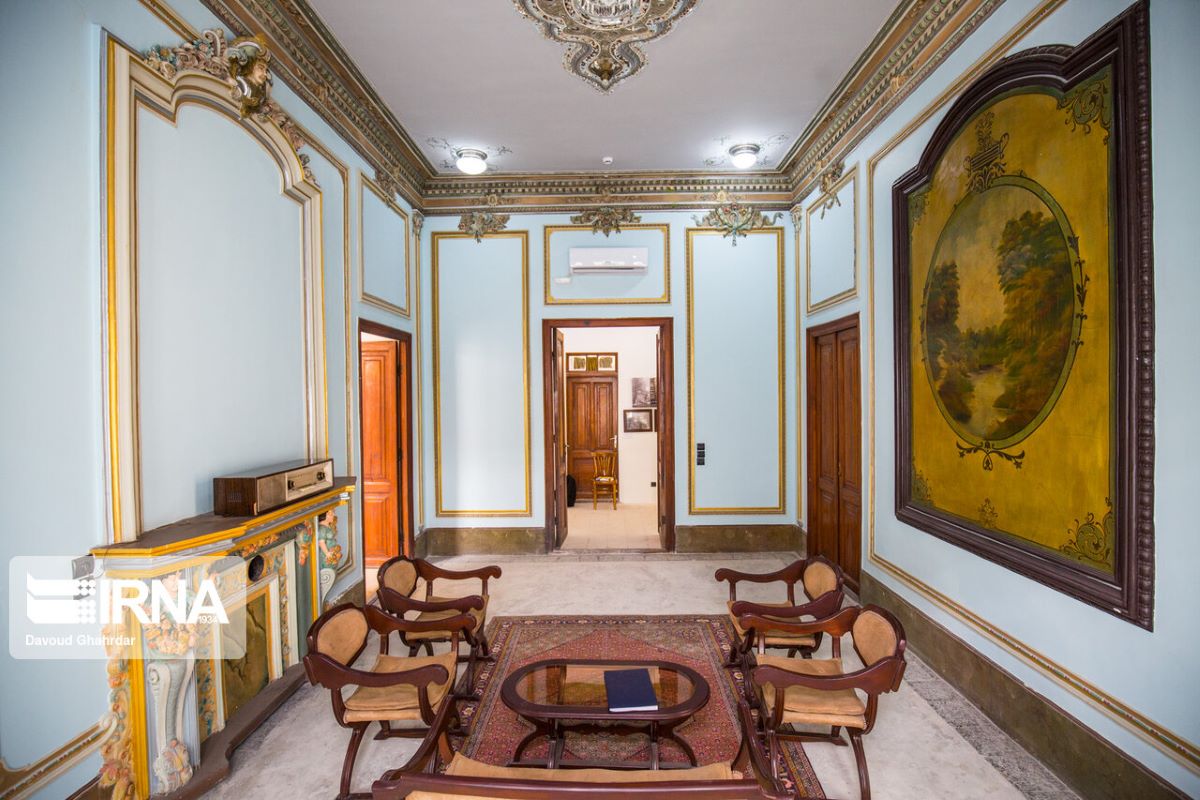 After Nasser ed-Din Shah’s mother, Mahd-e Olya, died, the holding of a ceremony, that was carried out every year on the birthday anniversary of Hazrat Fatemeh (PBUH) by her in the kingly harem became Monir us-Saltaneh’s responsibility.

The ceremony would be held in her house, which was called Moniriyeh. Kamran Mirza, Monir us-Saltaneh’s son, was a favorite of the shah but could not be titled heir to the throne because he was from a non-Qajar mother and merely received the title of regent. 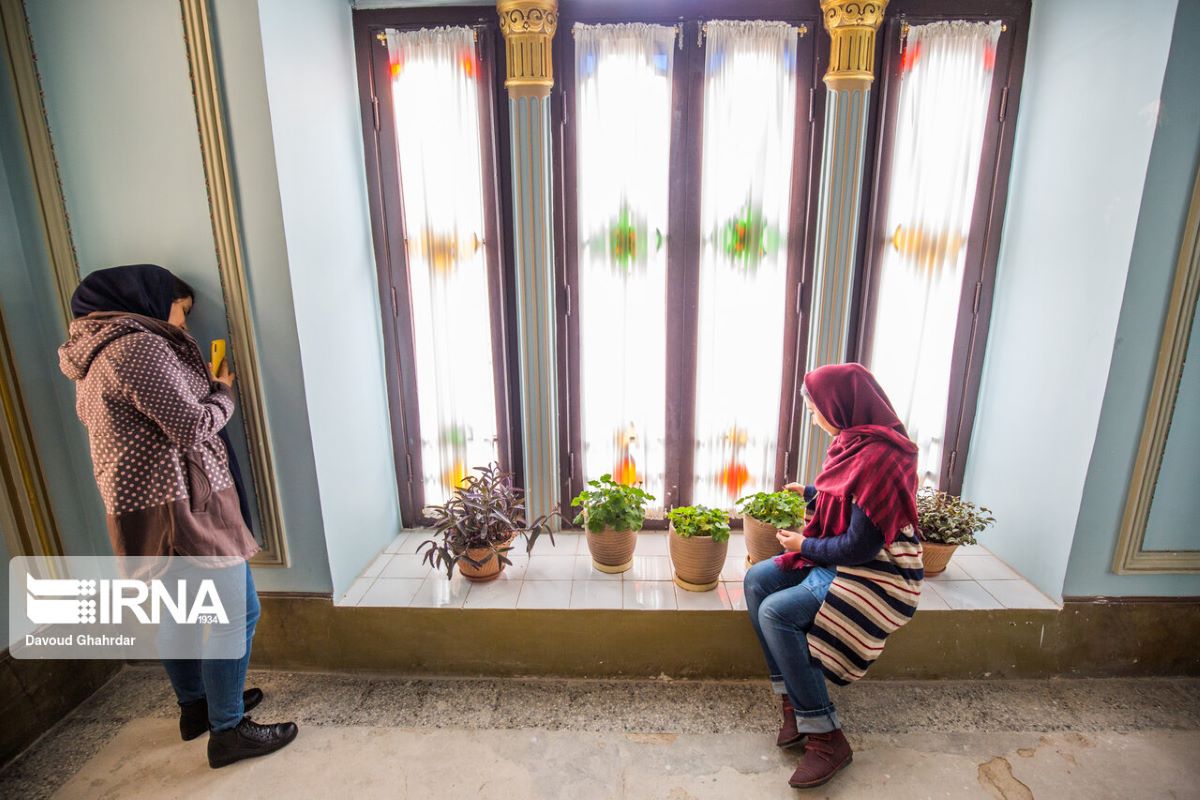 The History of Minaee Heritage House

The premises, which used to have one of the few tall battlements of Tehran outside of the kingly citadel, was inherited by Kamran Mirza after Monir us-Saltaneh’s death. Shortly later, Kamran Mirza sold the building to Abdolhossein Mirza Farmanfarma.

In 1345, Farhad Minaee, who was a well-known defense attorney in Tehran, purchased the building because of its proximity to the large Fakhriyeh Mosque. 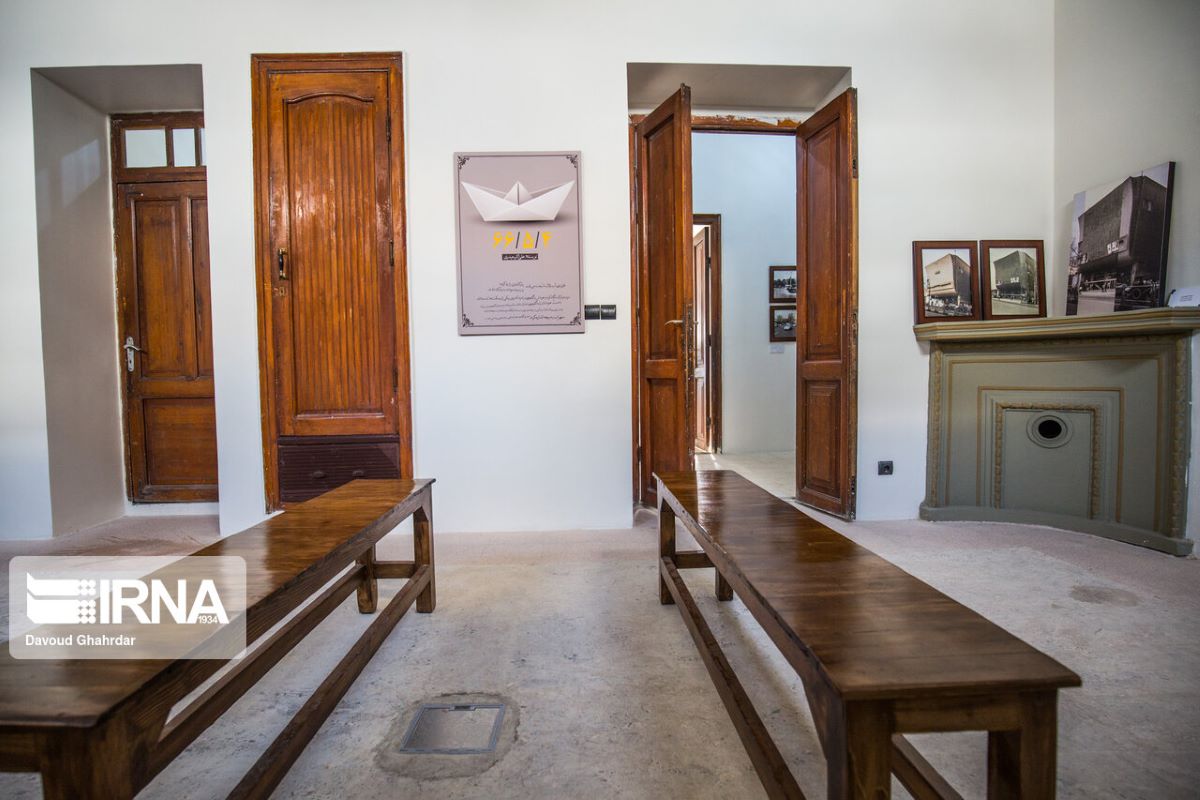 In 1386, the building was listed as a national heritage site by the Cultural Heritage, Tourism, and Handicrafts Organization, and, following specialized repair and reconstruct work, was officially inaugurated in 1398 as the museum of Valiasr Street, “the longest street in the Middle East” to host history lovers and tourists.

Currently, in the two-story museum, there are seven narration houses named “The Story of Valiasr St.”, “Haft Khan”, “The Story of a Location”, “Yesterday and Today”, “Minaee Heritage House”, “Efficient Citizens of Valiasr St.”, and “Arts and Literature”, in each of which old images and credible written and audio documents help visitors revisit history and identity. 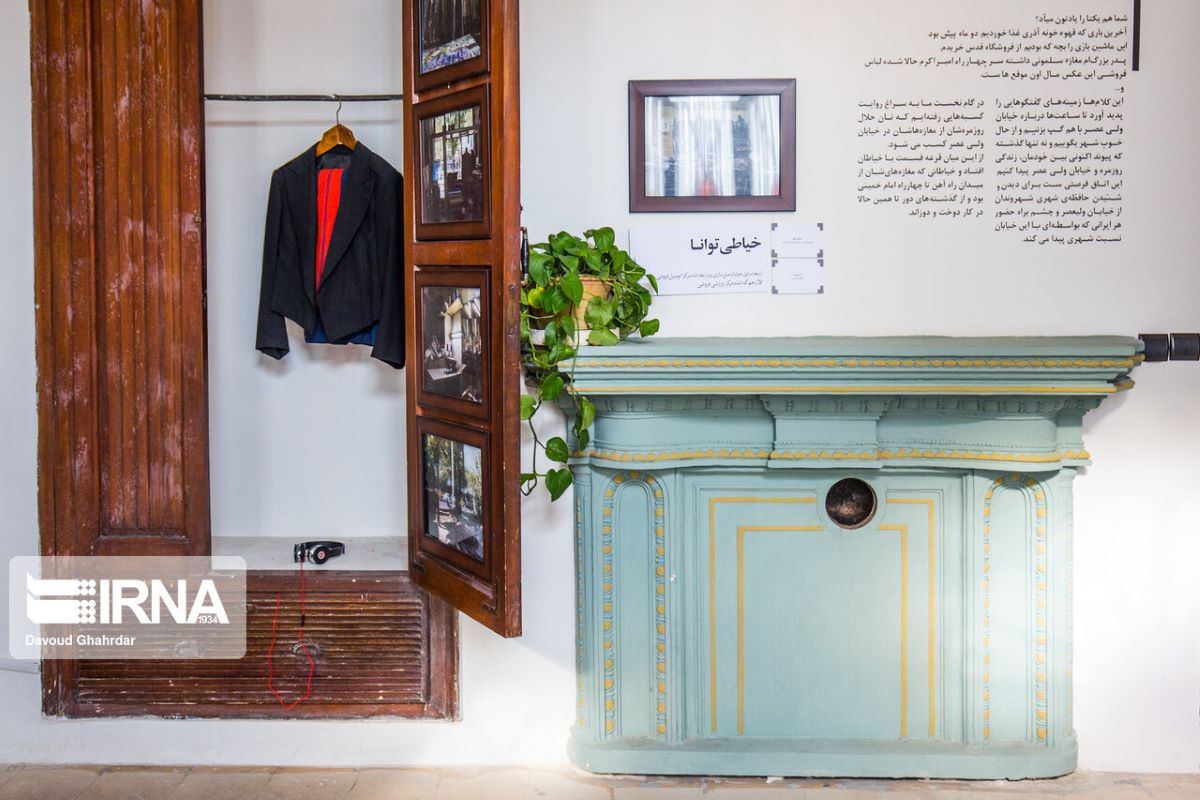 The Architecture of the House of Monir us-Saltaneh

Minaee Heritage House has 12 rooms, a northern and southern yard, winter and summer lounges, a kitchen, a cistern, and beautiful shelves. Although the architecture of the building dates to the Qajar era, it was influenced by the foreign architecture of the time, including in the plaster work of the rooms, the wall fireplaces, the shape of the bedrooms, the living room, and even the kitchen. 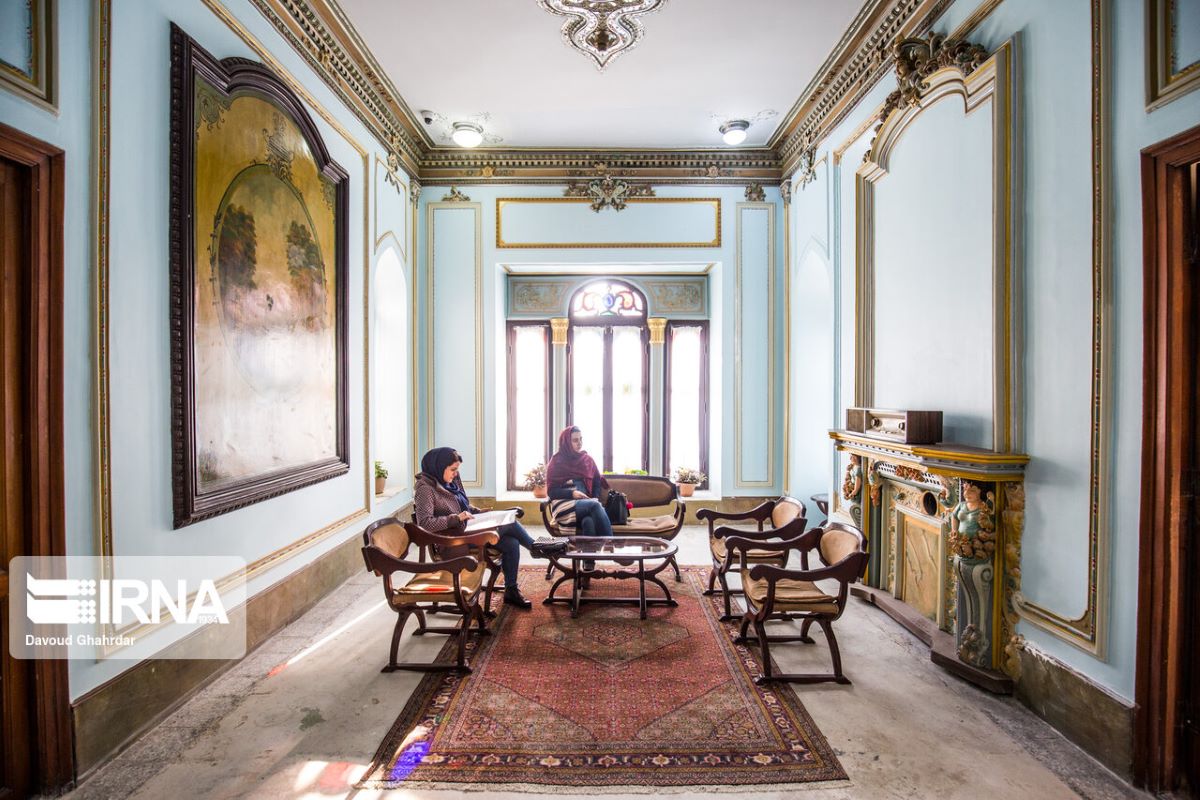 1- What is going on in the Minaee Heritage House Museum?

All the stories and narratives about Valiasr Street, the historical street in Tehran that has seen the First Pahlavi, Second Pahlavi, and contemporary ages, are retold in the museum, and it can be said that it is the first narrative-museum of Tehran.

2- Where is the Valiasr Street Museum located?

The museum is on Valiasr Street, past Moniriyeh Square.