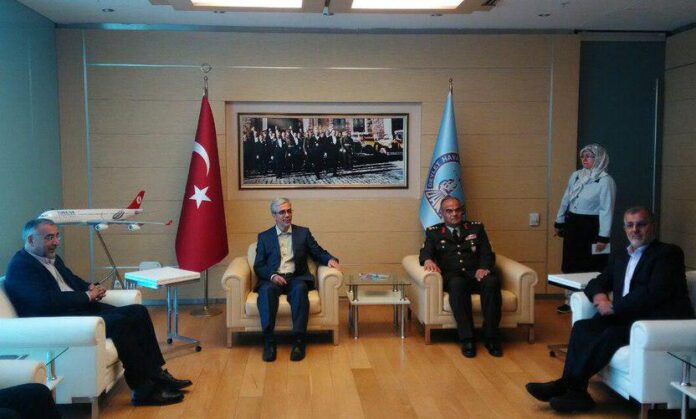 Major General Mohammad-Hossein Baqeri, the Chief of Staff of the Iranian Armed Forces, has arrived in the Turkish capital at the head of a high-ranking military and political delegation.

General Baqeri, accompanied by IRGC Ground Force Commander Brigadier General Mohammad Pakpour and a number of other high-ranking officials, arrived in Ankara on Tuesday morning to meet with his Turkish counterpart and President Recep Tayyip Erdogan.

The Iranian top officer’s Turkey visit is the first foreign trip by a chief of staff of Iranian Armed Forces since the 1979 Revolution.

During his three-day stay, the Iranian official will confer with Turkish authorities on the issue of fight against terrorism, regional developments, Tehran-Ankara defensive ties, and border cooperation will be discussed during the meetings.