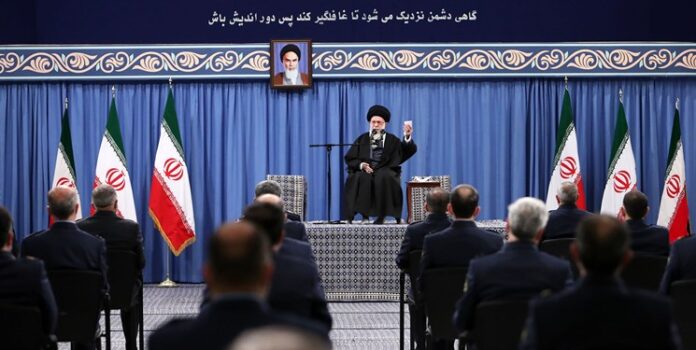 Iran’s Islamic Revolution Leader says if the United States lifts all sanctions, Tehran will live up to its commitments under the 2015 nuclear deal, officially known as the Joint Comprehensive Plan of Action (JCPOA).

Ayatollah Seyyed Ali Khamenei said Iran will not listen to words of drivel with regards to sanctions.

“As far as sanctions are concerned, first of all, no one in the Islamic Republic of Iran would listen to those talking nonsense whether in Europe or in the United States,” said the Leader in a Sunday meeting with Air Force commanders and personnel.

“Secondly, if we want to talk logically, the US and the three European countries which have violated all their JCPOA commitments are not entitled to set conditions as they have failed to make good on their obligations under the nuclear deal,” Ayatollah Khamenei said.

“The party which has the right to set conditions is Iran because it has delivered on all its commitments,” he noted.

Ayatollah Khamenei said Iran, after verifying that sanctions have been lifted in practice, will return to its obligations.

“This is Iran’s definitive policy and the country’s officials have consensus on that and we will not drop this policy,” he stressed.