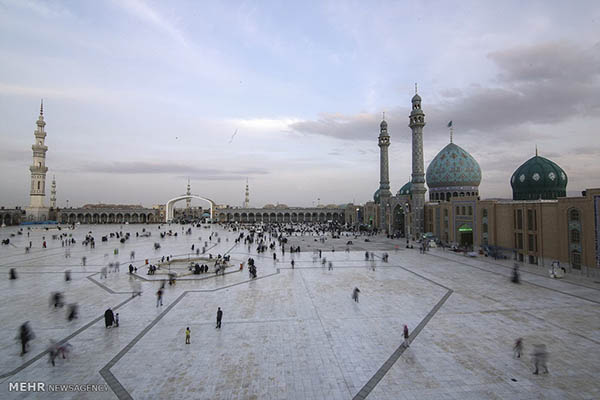 Iran's President Hassan Rouhani says mosques will be reopened as of tomorrow in 132 "low-risk" counties, and schools may also reopen later this month.

The president noted Sunday that mosques will reopen in low-risk or “white” towns and cities as of tomorrow, but schools will remain closed until late May at least.

“The number of businesses being reopened is increasing. Today, we decided to reopen mosques and Friday Prayers congregations as of tomorrow in 132 towns and cities which are regarded as ‘white’ areas, or ‘low-risk’ areas as some put it,” he said.

However, he added, health protocols should be observed all along.

“This is while they abide by health protocols. I believe there are two beautiful things with regards to mosques where [health] protocols are observed: the spiritual beauty, and the beauty of discipline and order and the enforcement of regulations,” he said.

“Let me put it this way. Two acts are being done at mosques: an obligatory act and a religiously rewarding act. When worshippers maintain their distances, they are doing an obligatory action.

“So, when we see this compulsory duty and religiously rewarding act side by side, they become all the more beautiful when done together,” he said.

Be Prepared for Possible Peak in COVID-19 Pandemic

Iran’s president has urged the nation to be prepared in case the coronavirus outbreak might reach a peak in the future.

President Rouhani noted that enough medical equipment as well as basic commodities needed by people should be available, so that the general public will have no concerns in that regard.

He at the same time noted that enough equipment have been produced to meet domestic need for items needed to fight the coronavirus pandemic.

Elsewhere in his remarks, the president said figures show 83% percent of people, on average, have abided by health protocols, which shows people’s respect for health directives.

“In the first phase, 78 million people were screened,” he said.
The president underlined some 30 million people are also scheduled to be screened in the second phase, which, as he added, is more accurate.