Iran to Defeat US in Int’l Lawsuit Filed at ICJ 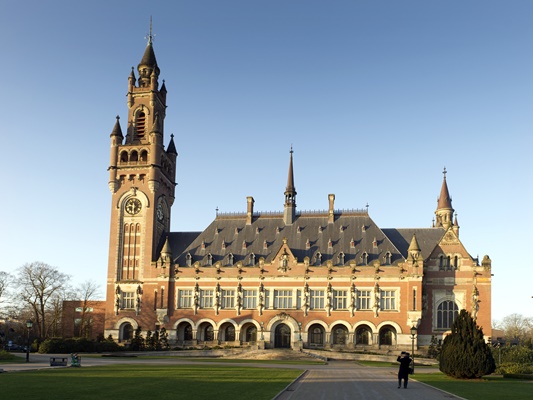 A top Iranian parliamentarian says Tehran will win the lawsuit it has filed against the US at The Hague and make Washington compensate for its misappropriation of Iran’s assets.

Iranian lawmaker Hossein Naqavi Hosseini elaborated on the dimensions of Iran’s lawsuit against Washington in a Farsi interview with ICANA.

Iran’s case against the White House has been filed at the Hague-based International Court of Justice (ICJ), said Naqavi Hosseini, a spokesman for the Parliament’s National Security and Foreign Policy Commission.

He said Washington’s seizure of $2 billion worth of Iranian assets runs counter to the United States’ international obligations and contravenes Tehran-Washington political agreements.

The legislator noted that when a political accord such as the nuclear deal between Iran and six world powers, which include the US, is signed, the Western states are expected to give up their hostile behaviour.

However, he added, Washington seized Iran’s assets in violation of the deal.

The US withdrawal of $2 billion in Iranian assets can be pursued through legal and political channels, and that is why Iran filed a lawsuit with the International Court of Justice against the US.

He said the US will indubitably be found guilty in the case if The Hague adopts an independent approach.

Based on the lawsuit, Iran has demanded compensation from the US over its non-compliance with its commitments. This is very important because US actions have created problems for Iran, he added.

The registration of Iran’s lawsuit against the US at the International Court of Justice was yet another key step toward returning Iran’s assets.