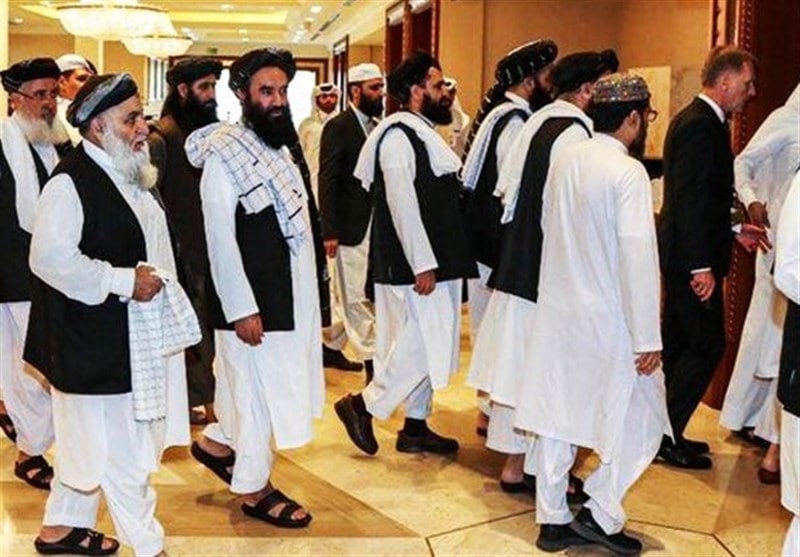 Shamkhani made the remarks in Wednesday meeting with a political delegation of the Taliban, led by deputy head of the group’s political office Mullah Abdul Ghani Baradar.

The senior Iranian security official underlined that the Islamic Republic of Iran would never recognize any current seeking to take power in Afghanistan through war, stressing the need for all ethnic groups to participate in a fully peaceful process to decide the fate of Afghanistan.

Pointing to the US’s warmongering and evil activities in the region, Shamkhani said, “The US is not after peace and security in Afghanistan. The US’ strategy is the continuation of war and bloodshed among various Afghan strata.”

“The US is pursuing the peace negotiations show with the purpose of creating a deadlock in the negotiations among various Afghan parties in order to blame them for insecurity and instability,” Shamkhani warned.

He also described any harm to security in Afghanistan, particularly in the provinces bordering Iran, as an intolerable issue, stressing the need for the Taliban to cooperate with the government of Afghanistan in the fight against insecurity and the activities of ISIS (Daesh) terrorist group.

For his part, Mullah Abdul Ghani Baradar gave a report of the process of peace negotiations in Afghanistan, highlighted previous US president Donald Trump’s failure to carry out the peace deal, and stressed that the Taliban does not trust the US and will fight against any current working as a mercenary of the US.

The Taliban believe that all ethnic and tribal groups must participate and play a role in the future of Afghanistan, he underlined.

Mullah Abdul Ghani Baradar also emphasized the necessity of protecting security of the common border between Afghanistan and Iran, expressing the Taliban’s readiness for cooperation in this regard.