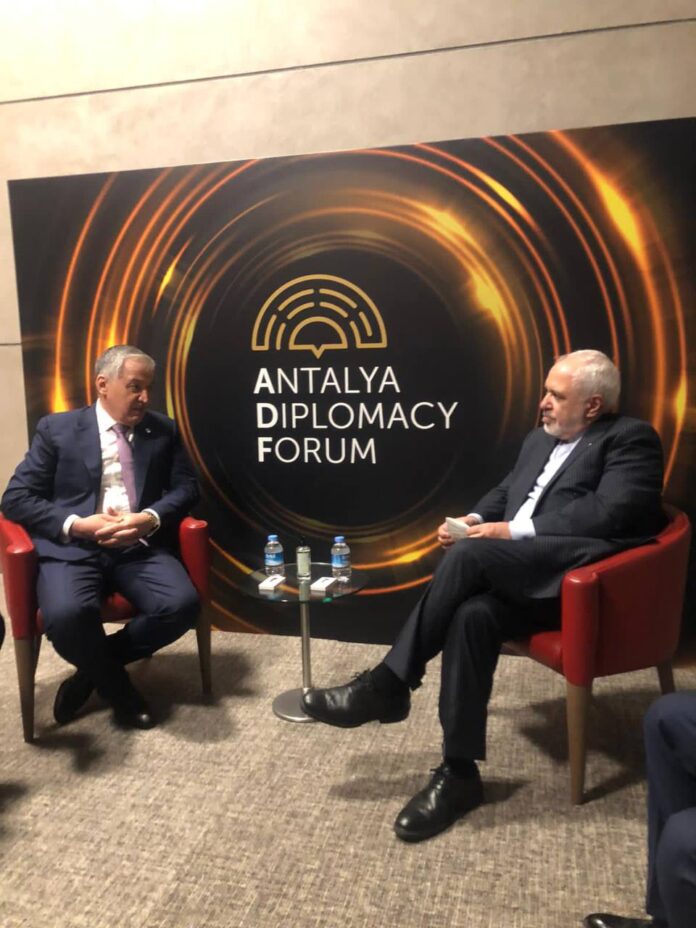 In the meeting, Foreign Minister Zarif underlined Tehran’s resolve to develop its friendly ties with Tajikistan.

Referring to the situation of Afghanistan, he stressed that Tehran-Dushanbe relations are imperative for the fight against regional destabilisation, and the two sides need to maintain close cooperation to prevent Afghanistan from getting insecure.

Foreign Minister Zarif referred to the successful elections held in Iran, and expressed confidence that the trend of Iran-Tajikistan collaborations will continue in a fast pace.

The Iranian Foreign Minister also extended his gratitude to Tajik President Emomali Rahmon for his assistance regarding the release of two Iranian prisoners in Tajikistan.

The Tajik foreign minister, in turn, described as valuable the Islamic Republic’s approach of paying attention to regional developments, especially those of Afghanistan, and underlined the necessity of Tehran-Dushanbe interactions in bilateral and regional areas.