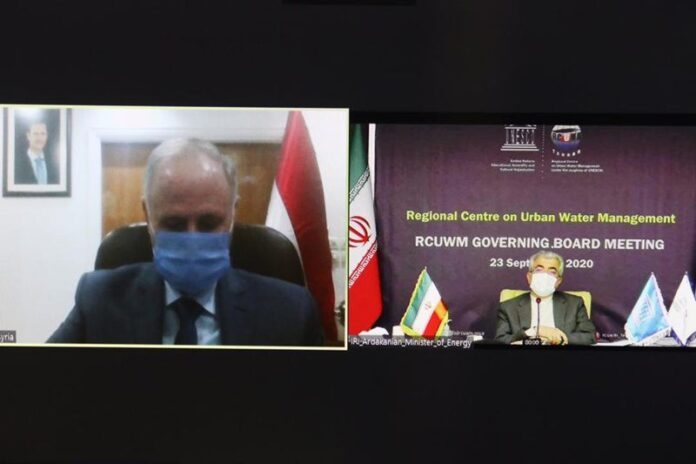 Ministers from Iran and Syria have made arrangements to establish a strategic committee on cooperation in the water management industry under an agreement the two countries have signed last year.

In a meeting held via videoconference, Iranian Energy Minister Reza Ardakanian and Syrian Minister of Water Resources Tammam Ra’ad weighed plans to carry out a water cooperation agreement that Tehran and Damascus have inked in December 2019.

They also agreed on the formation of the strategic committee on water cooperation, co-chaired by the deputy ministers, via a videoconference within the next two weeks.

In the online meeting, the Syrian minister of water resources called for the promotion of cooperation with Iran in the water and wastewater treatment projects.