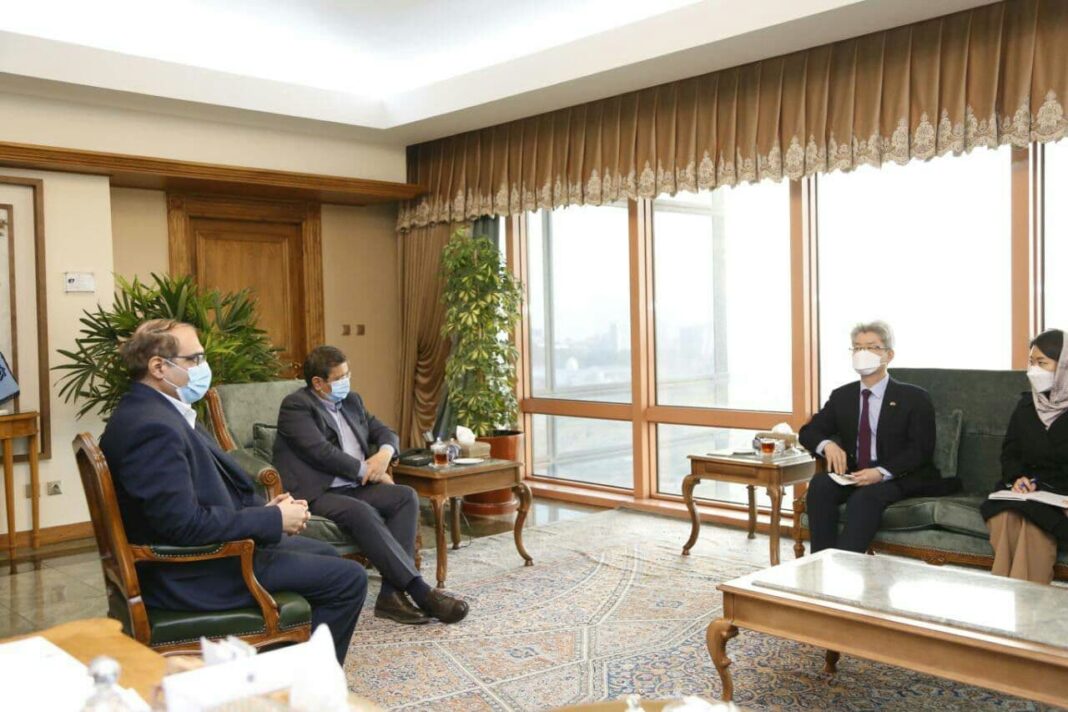 Governor of the Central Bank of Iran (CBI) Abdolnasser Hemmati and the South Korean ambassador to Tehran have reached a deal on how to transfer and use part of the Iranian assets in South Korean banks.

The two sides reached the deal in a Monday meeting held upon the request of the South Korean embassy.

During the meeting, the two sides agreed on the transfer of Iranian assets to its desired destinations, and the Central Bank informed Seoul of the amount of money it wants to be transferred and the destination banks.

The South Korean ambassador said his country is prepared to take all the measures required for enabling Iran to use all its assets in South Kore.

“There is no limit and restriction in that regard,” the diplomat said.
Hemmati, in turn, welcomed the change in Seoul’s approach, and said, “Although Iran welcomes the change in other countries’ approach and the expansion of collaborations, the Central Bank will continue its legal procedures to demand compensation from South Korean banks which refused to cooperate with Iran in the past few years.”

“The South Korean side needs to make a lot of efforts to erase this negative record,” he added.

Since 2019 when then US President Donald Trump ended the US sanctions waivers for South Korea to buy Iran’s oil, Tehran and Seoul have been at loggerheads over the latter’s blocking of some seven billion dollars of Iran’s cash assets.

Korea was one of the main purchasers of Iran’s oil after the nuclear agreement. It also turned into the largest buyer of Iran’s oil derivatives and gas at the same time. However, after souring the ties, they lost access to Iran’s oil and also the country’s large market for their products.

Earlier, the South Korean Deputy Foreign Minister visited Iran and held talks with the country’s top officials. His visit raised hopes that after the end of Trump’s era Tehran and Seoul could mend ties again.