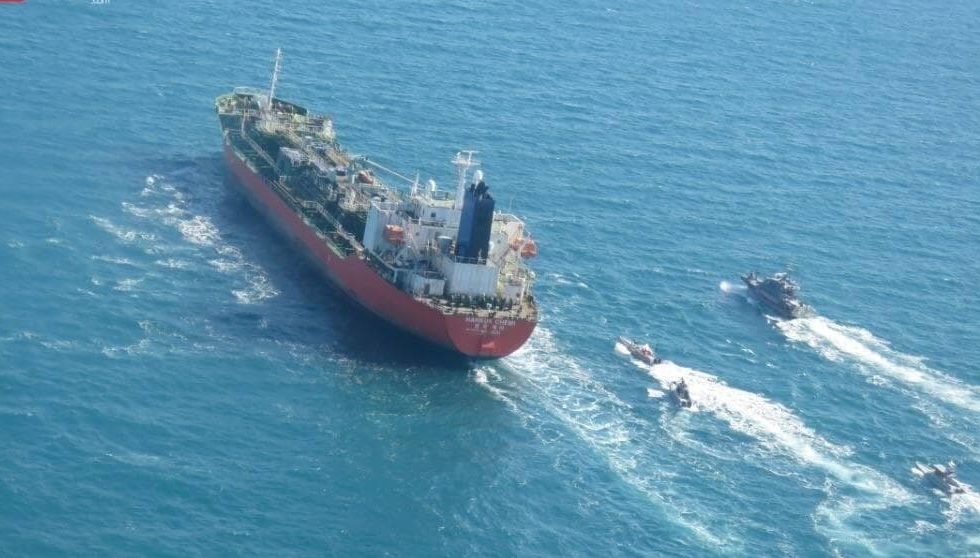 Iran has seized a South-Korean-flagged chemical tanker in its southern waters over "chemical pollution" of the Persian Gulf, informed sources say.

Fars News Agency reported that the Korean vessel has been seized by IRGC Navy and moved to an Iranian port.

The tanker Hankuk Chemi had left Saudi port city of Al-Jubail when it was seized at 10 am (local time) upon the Iranian Ports and Maritime Organization’s request over “repeated violation of marine environmental regulations”, according the IRGC Navy.

Data released by the tracking website Tanker Trackers show the Korean vessel was bound for the emirate of Fujairah when it was seized.

“It was carrying 7,200 tons of ethanol,” the IRGC said, adding that its crew members are from Korea, Indonesia, Vietnam and Myanmar.

According to the IRGC Navy, the tanker is now berthed at the Iranian port city of Bandar Abbas and the Judiciary will deal with its case.