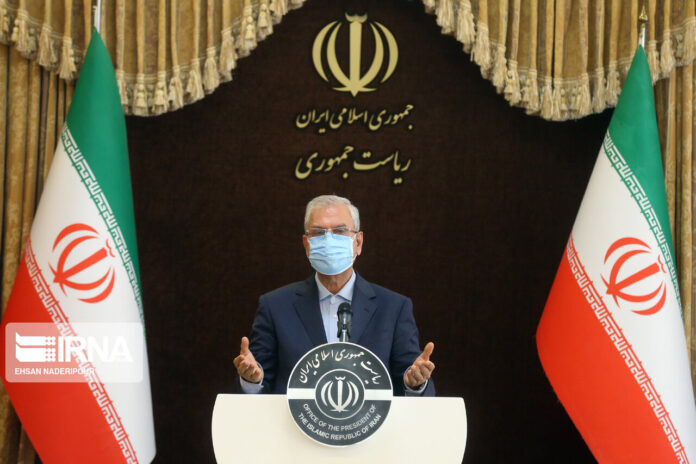 Ali Rabiee noted Trump intended to make the situation so difficult for Iranians that they will turn against the Establishment.

“Our dear people, who have suffered a lot, will never forget these cruel sanctions by Trump as well as the evil acts he committed against Iran,” he said.

“Trump said openly that he would tighten the noose on Iranians, so much so that people will riot. He said the Iranian Establishment would be toppled in three months or one year,” the spokesman said.

“The [Iranian] government is going through a tough path to create the condition of resistance, ward off Trump’s warmongering and protect people’s livelihood and health. The path is so tough that during the coronavirus pandemic, the US government and Treasury created numerous problems for us with regards to buying vaccines and medicines,” he added.

Rabiei noted Iran had already warned about the repercussions of Washington’s unilateralism.
“Another important event on the international stage last week was the attack on the US Congress building. It was an important and unprecedented happening that we saw happened. … what is important to us is the warnings that we had been constantly giving since almost the time the Trump administration took office, warnings about the consequences of law-breaking and unilateralism by the Trump regime,” he said.

“We said, time and again, that the [US] policy of bullying would not be limited to the Iranian nation. Trump’s critics finally had to pay the price for their silence against, and sometimes support for his anti-Iran policies, which finally bored down on them themselves in their own country,” he added.