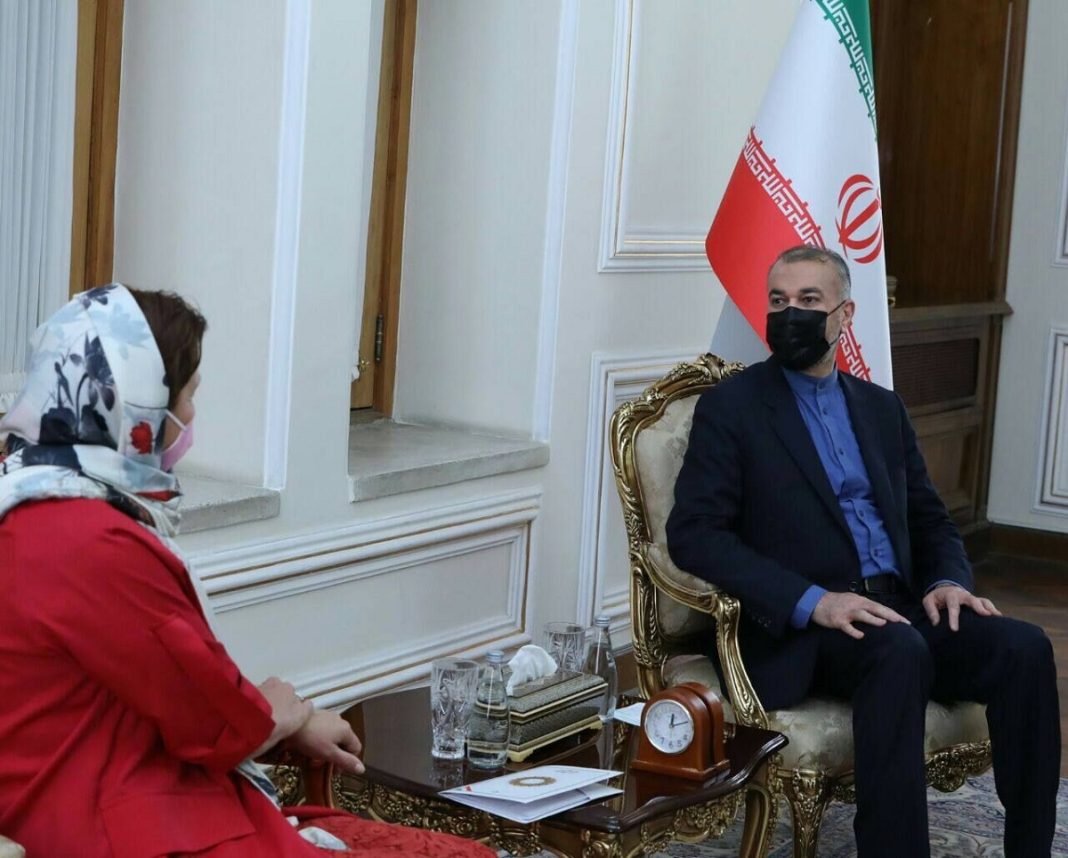 Iranian Foreign Minister Hossein Amir Abdollahian says the international organizations must adopt just stances on developments of Afghanistan, Palestine and Yemen. He made the remarks in a meeting with the visiting deputy Slovakian foreign minister, Ingrid Brockova on Tuesday.

Amirabdollahian stated in his meeting with Brockova that he is pleased with the outcome of the two countries’ deputy foreign ministers, and voiced the foreign ministry’s readiness for further improvement and deepening of bilateral political and economic cooperation.

He added that holding the Joint Economic Commission was an appropriate move for consultations on creating new business and economic opportunities.

Referring to the prevailing developments in the region, Amirabdollahian said that the Islamic Republic of Iran’s stance is against wars in which the civilians are hurt.

“Unfortunately, in our region Afghanistan, Palestine, and Yemen we are witnesses to the scenes of heartbreaking suffering of ordinary people, including women and children, and it is necessary that the international and European organizations will adopt appropriate stances and pay greater attention to those issues,” added the Iranian foreign minister.

The Slovakian deputy foreign minister, for her part, expressed delight for the meetings among the two countries’ political and economic officials in various levels.