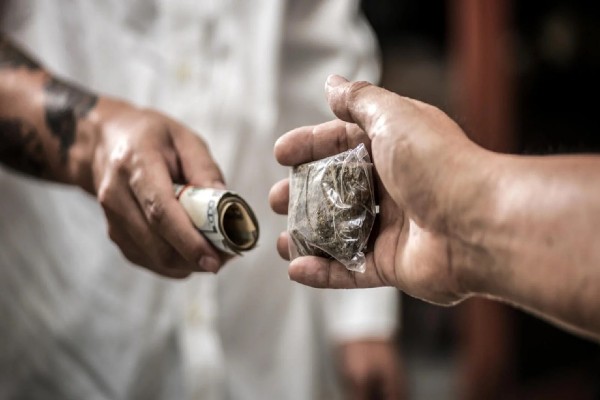 Iran has warned that if Europe fails to pay its share of fight against drug trafficking, it should get ready to collect illegal drugs gram by gram among its youths.

Head of Iran’s Anti-Narcotics Police Brigadier General Massoud Zahedian made the remarks in criticism of what he called the West’s lack of cooperation in Iran’s fight against drugs.

He said Europe should contribute to the fight against narcotics and if there is no contribution in supporting the forces and countries that are at the forefront of the struggle, they must rest assured that their people will be at risk.

This Iranian official added that Europeans are the main users of the drugs produced in Afghanistan, and this country has been the world’s largest opium producer since the early 21st century.

Nevertheless, neighbouring countries and states that are in the way of smuggling drugs to Europe have not been immune from this, he noted.

He further mentioned that Iran has a vast joint border with Afghanistan and is the first country in the route of smuggling drugs to Europe.

“The Islamic Republic has had the most casualties in the fight against drugs. Iranian agents are at the forefront of the fight against narcotics that are targeting Europe. The more drugs are produced in Afghanistan, the more difficult it is to fight, and the danger for Europe will be even greater.”

Here is the text of an interview with General Zahedian conducted by IRNA:

Q: Iran has paid a lot in the fight against narcotics and many forces have been martyred in the fight against the transfer of narcotics to Iran and other countries. Despite the fact that Europe in face of the recent cruel sanctions has had no support for Iran so far, what would happen if it does not pay its share?

A: Europe should pay its share in the fight against drug trafficking, because we cannot stand against them alone. The whole world knows that Iran is fighting this phenomenon beyond its responsibilities very well. But the world has done nothing. Certainly, our facilities, and equipment are limited, and if we are not supported, we can control just part of it, and the rest of it will be out of our control and will cross [the borders].

Q: How do you assess the poppy cultivation in Afghanistan? Has it been influenced by the increase or decrease in downpours?

A: Considering the rise of downpours this year, it is anticipated that we will see an increase in the production and cultivation of narcotics in Afghanistan and their production would be more than ever.

Q: Given the increase in poppy cultivation and the production of drugs in Afghanistan and the costs that Iran has to pay without support from European countries in the fight against narcotics, what are your plans for Afghanistan?

A: By consulting with international societies and other countries as well as Afghan officials, we are seeking to increase their responsibility in the fight against narcotics and force them to fight against drugs more. Last year, we seized more than 800 tonnes of drugs, while in Afghanistan only 200 tonnes were seized. It shows that this country is not practically taking measures to fight drug trafficking. Accordingly, Afghanistan’s policy to cope with drug trafficking should be reviewed.

Q: Why do we see an increase in drug production in Afghanistan, despite the presence of Western countries in the country to fight against drug smuggling?

A: Not only has Afghanistan not been developing an anti-narcotics campaign, but also Western countries that have been there under the pretext of fight against narcotics have failed to do anything. There has also been an increase in the production of drugs where they were present, and it raised concerns that they are involved in the production of these drugs and are benefiting from it.

Q: To what extent is the rise of industrial narcotics in Afghanistan affected by the presence of Western countries?

A: However, when we see that in the past few years, this has developed very rapidly and some of the raw materials needed to convert drugs to industrial forms imported to Afghanistan, it raises concerns that this may have happened with the help of intelligence services of foreign countries. This issue should be monitored and reviewed by international bodies such as the United Nations because Afghanistan is not the producer of this type of narcotics.

Earlier, Iran’s President Hassan Rouhani warned the West that targeting Iran with sanctions and undermining and disrupting the Iranian economy would have catastrophic consequences for Europe.

He said this will lead to rush of narcotics, refugees and terrorism to the continent.

Rouhani also noted that the Islamic Republic spends $800 million annually on drug trafficking, which results in more security for people from Eastern Europe to West America and from North Africa to West Asia.

“Now, for a moment, imagine what a catastrophe would be caused if this dam breaks. Without these sacrifices and expenses, this region witnessed the emergence of ISIS in a very broad area. This endeavour guarantees the security of human lives, regardless of nationality, ethnicity and religion. We do not expect the West to pay their share of the security and stability that we have provided for them, but they must know that by sanctioning Iran they are damaging our ability to fight against drugs and terrorism. I warn that if our ability to fight drugs and terrorism is damaged, you will not be able to get out of the rubble of drugs, asylum seekers and bombs and terrors. Confronting drug trafficking and terrorism has been among the core principles of the Islamic Republic of Iran over the past four decades, and the government has always tried to cooperate with international institutions in this regard. Death of thousands is a proof of this cooperation,” President Rouhani had undermined in an international conference on illicit drug trafficking.

Secretary General of Iran’s Drug Control Headquarters Eskandar Momeni, who had traveled to Moscow last year to consult with Russian authorities, had also warned of increasing drug trafficking to Europe in an interview with IRNA.

“Iran does not need the verbal support of European countries to combat the trafficking of drugs to the Europe. We are at the forefront of the fight against drugs, and instead of verbal supports, we need serious support and sending of modern equipment to tackle smuggling,” underscored Momeni.

“We have repeatedly told Europeans that they should pay their own share of the fight against narcotics. Given the sanctions imposed, we will no longer be able to prevent drug trafficking to Europe as before.”

More than three thousand Iranian forces have been killed and around 10,000 wounded during the course of combating illicit drugs, according to a former Iranian drug control official.

The number of those killed or disabled in the Iranian war on drugs equals that of countries in the European Union, North America, the Pacific and Asia, says Saeed Sefatian, the former director-general for treatment affairs at the Iran Drug Control Headquarters.