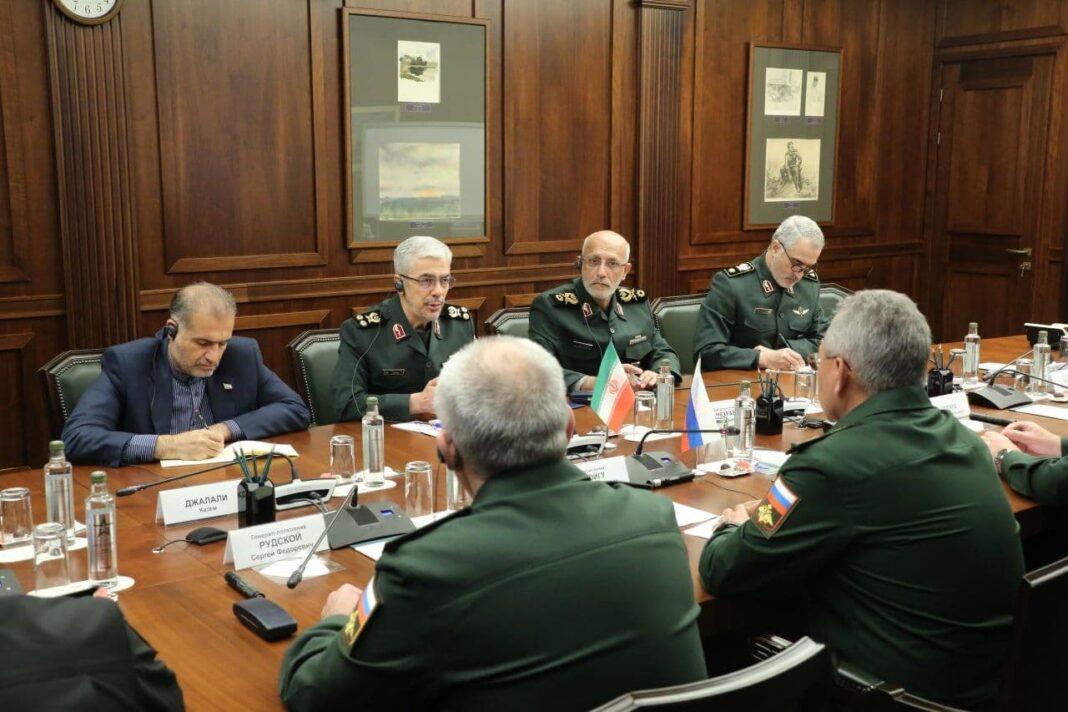 The Islamic Republic of Iran and the Russian Federation have stressed the need to bolster bilateral military and defense cooperation.

The Chief of Staff of Iranian Armed Forces Major General Mohammad Baqeri and Russian Defense Minister Sergei Shoigu, who sat down for talks in Moscow on Tuesday, assessed the level of bilateral military relations as favorable and emphasized the need to strengthen cooperation.
The Russian defense minister expressed satisfaction with bilateral defense and military ties stressing that Russia is ready to support dynamic military cooperation with Iran.

“Iran is an active player in the region, especially in the Syrian issue, and Moscow is interested in developing relations with Iran,” Shoigu stated.

Baqeri appreciated the Russian government’s support for Iran’s accession to the Shanghai Cooperation Organization adding that Iran’s presence in this organization will strengthen ties with member states, especially Russia and China.

Later, the chief of staff of Iranian armed forces told Russian media that he had very useful talks in Moscow on some issues, including the implementation of a contract for the purchase of fighter jets, combat helicopters and training jets as well as exchange of experiences and military training of forces.

Baqeri touched on his talks with his Russian counterpart General Valery Gerasimov on Monday saying the two sides discussed the continuation of cooperation in Syria to eradicate terrorism and restore full security to the country.