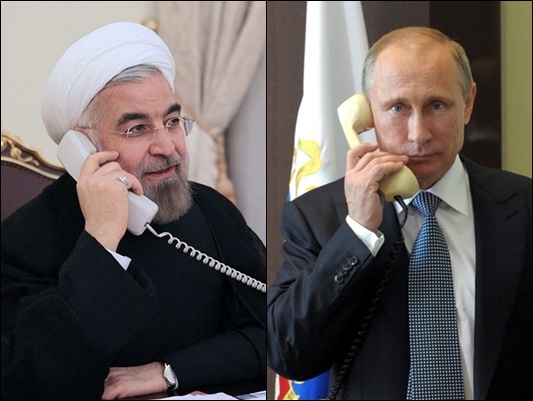 Iranian and Russian presidents in a phone conversation conferred on a range of issues, including the development of bilateral ties and mutual cooperation on Mideast security.

In a Saturday phone call made by Russian President Vladimir Putin, he congratulated his Iranian counterpart Hassan Rouhani on his re-election.

The two sides further underlined the necessity for remaining committed to the nuclear deal between Tehran and world powers, according to a tweet by Hamid Aboutalebi, the political deputy of Rouhani’s office.

Putin and Rouhani also discussed the expansion of Tehran-Moscow political and economic cooperation, and their collaborations in regional security and the fight against terrorism.