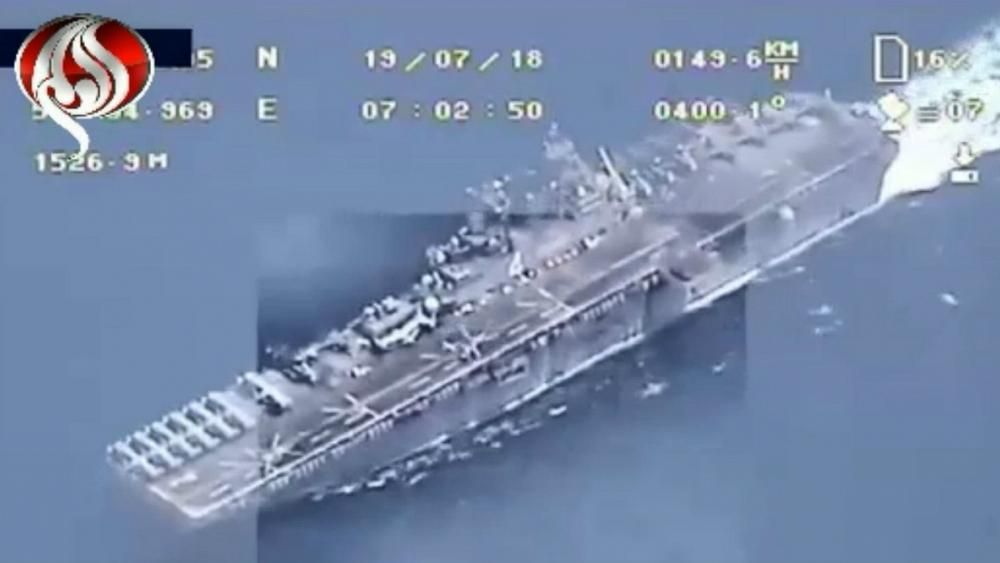 The Islamic Revolution Guards Corps (IRGC) has released the footage of the USS Boxer, captured by the same Iranian drone which President Donald Trump claimed was shot down by the US warship.

In the footage releases Friday, the drone is seen flying over the US warship at 5:48 GMT or 10:18 local time, which is after the time Trump says it has been shot down (10 am).

The footage also shows the IRGC Aerospace’s drone was carrying out its ongoing mission in the region before the entry of the US warship into the Strait of Hormuz.

According to the IRGC, the footage shows the drone successfully transmitted pictures of the US warship before and even after the time when the Americans claim they shot down the UAS.

It also shows the drone returned to its base safe and sound.

The IRGC earlier said it would release the footage in a bid to let the world’s public opinion know the US allegation is groundless and a sheer lie.