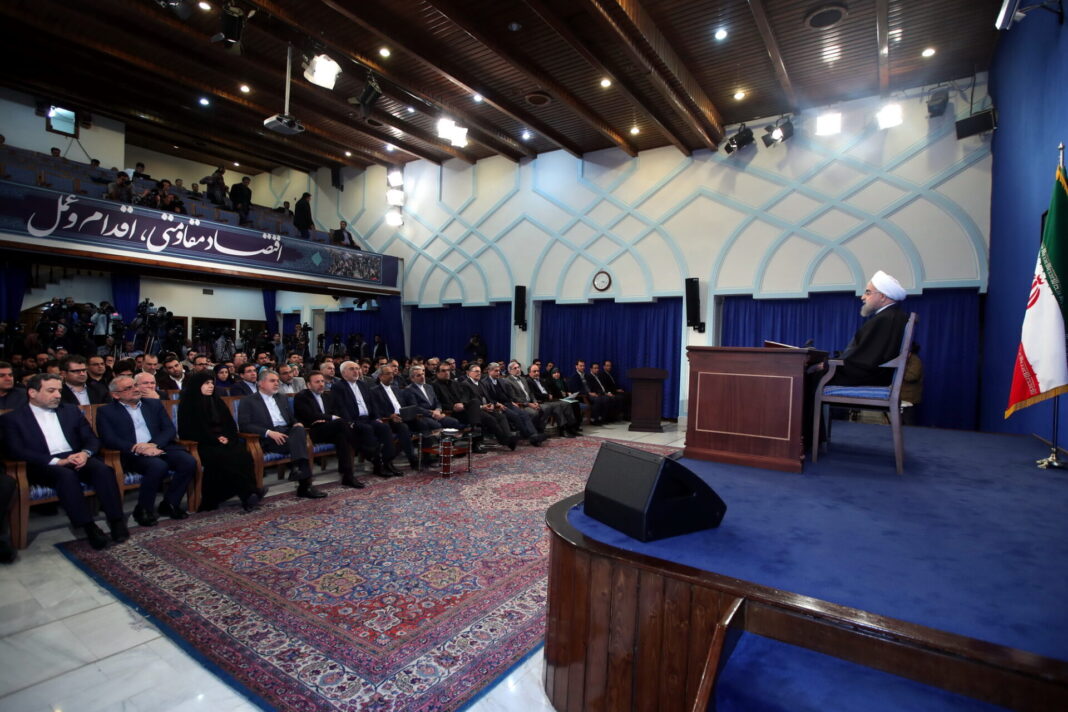 Elaborating on the existing tensions in relations between Iran and Saudi Arabia, Rouhani said the foreign policy of the Islamic Republic has been founded on forging close ties with neighbouring countries, including the littoral Arab states of the Persian Gulf.

Rouhani stated that the root cause of the existing problems between Iran and Saudi Arabia was Riyadh’s war on Yemen, adding, “Saudi Arabia must stop strikes on Yemen as soon as possible.”

Speaking at a press conference in Tehran on Tuesday, the Iranian president also mentioned Saudi Arabia’s intervention in developments going on in other parts of the region, including Bahrain, as another cause of tensions between Tehran and Riyadh.

According to a report by Press TV, Rouhani referred to severance of diplomatic ties between Tehran and Riyadh, and said, “It was Saudi Arabia, which decided to unilaterally cut ties with Iran and this was not our decision.”

He added that some countries, including Iraq and Kuwait, had sought to mediate for the improvement of relations between Iran and Saudi Arabia, adding that if Saudi officials “take up the right path and make correct decisions,” Tehran is ready to even help Riyadh with regard to regional affairs, including in Yemen, and to promote peace and unity in the region.