Iran Pushing Ahead with Campaign against COVID-19 Despite US Sanctions 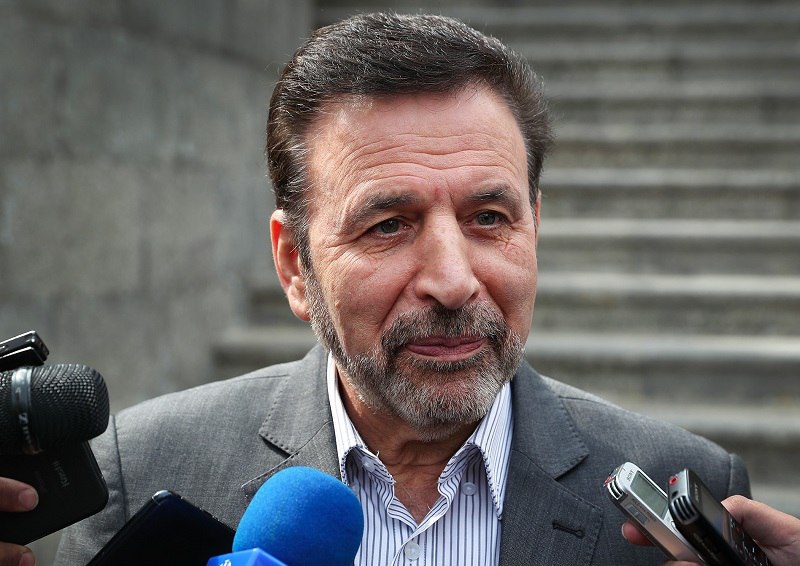 A senior Iranian official says the country has pressed ahead with its campaign against the coronavirus despite the US sanctions.

In an interview with IranGov.ir, Mahmoud Vaezi, the chief of staff of President Hassan Rouhani, discussed measures adopted by the government to fight the coronavirus epidemic.

Vaezi said Iran began to take action at the time the virus outbreak was reported in the country.

“Iran was the second country to detect the disease and, since the outset, enforced measures to control the spread of, and treat the disease by shutting down schools and universities as well as religious, cultural and sports gatherings, urging people not to go on trips and stay home, and launching the national campaign against the coronavirus,” he said.

The official said the social distancing plan was the country’s major strategy to fight the disease.

“The first stage of this strategy began at the beginning of the outbreak of the virus, and by the admission of health and medical experts, it played a key role in fighting the epidemic in the country,” he said.

The president’s chief of staff refuted the accusation that the government did not act in time to contain the disease.

“This criticism is not fair,” he said.

“Since the moment we became sure the disease had entered the country, we formed the National Coronavirus Outbreak. The president, himself, assumed management of the crisis and we immediately began measures to control the disease,” he underlined.

“The national campaign against the coronavirus was one of major measures adopted by a country across the world to fight the coronavirus. Tens of millions of people were screened in this plan,” he said.

“There was no delay,” he noted.
He said action was taken to identify infected people in a timely manner and separate coronavirus patients from healthy people, a move which was instrumental in bringing down the fatality rate.

“Whatever experts deemed necessary, was put into force immediately,” said Vaezi.
He was asked why the city of Qom, where the coronavirus was first detected, was not quarantined right at the beginning. In response, the official said evidence suggested that a quarantine plan would not work.

“Given the experience of other countries as well as figures presented by the World Health Organization, the assumption that imposing a full quarantine would work did not seem to work,” he noted.

“Since the beginning, our health experts believed that imposing a full quarantine, whether on Qom or on other cities, would not work. Instead, they proposed a model specific to the Islamic Republic of Iran, which has been enforced step by step over the past weeks,” he said.

He then touched upon the effect of sanctions on the type of the Iranian model adopted.
“Polices are adopted and enforced in accordance with existing capabilities and realities,” he noted.

“Undoubtedly, we are the only country unable to tap into all our resources to contain the coronavirus due to sanctions,” Vaezi noted.

“If there were no sanctions and we had access to all our resources, especially with regards to the management of economic consequences of the coronavirus, we would have more leeway,” he said.

“Still, the government has, so far, not allowed restrictions brought about by sanctions to result in inaction and a lack of decision-making,” Vaezi noted.

“Today, we have almost stabilized the market when it comes to the production of hygienic items to stem the spread of the coronavirus,” he added.

“Most needs of hospitals, especially with regards to supplies such as ventilators, have been met on the back of efforts by domestic knowledge-based companies,” he said.

“Our fight against the coronavirus is an unequal battle because in addition to COVID-19, we are also fighting the United States’ sanctions and economic terrorism,” he said.

However, he added, people, government and personnel in different sectors have been working in tandem to safeguard people’s health and lives.

Elsewhere in his remarks, the president’s chief of staff said Iran’s efforts in the fight against the coronavirus have been successful.

“At the moment, we have had a good performance, but like most countries have been unable to contain the disease,” he added.

The official underlined that all government offices and institutions have mobilized their resources to counter the disease.

He said the president has instructed the health minister to be transparent in giving people information about developments pertaining to the outbreak.

He then slammed certain entities and individuals for launching untrue campaigns against national efforts to contain the virus.

“Untrue campaigns under the current circumstances … are highly destructive,” he noted.
He then touched upon the problems that the country is facing in tackling the disease.

“The country is facing many problems with regards to managing the coronavirus crisis, but these problems have, fortunately, been unable to stop us thanks to the efforts by heroes fighting in the campaign against COVID-19,” he said.

“The most important problem we face is sanctions,” he said.

“The perpetuation of sanctions at a time when we are facing the coronavirus pandemic, is not only an act against Iranian people, but a crime against humanity,” he said.

“The coronavirus outbreak is a global issue today, and if Iran is unable to utilize all its potential and resources to fight the disease, it will have repercussions that would grip all countries,” Vaezi said.

“The world should stand up to this crime-like policy, or, at least, stop abiding by the United States’ unilateral sanctions,” he said.

He then touched upon the post-coronavirus world.

“Now, we are in the middle of the coronavirus crisis and it’s a little early to talk about the post-coronavirus world,” he said.

“However, I believe we will definitely see some changes not only in Iran, but also across the world, because the coronavirus outbreak has challenged some definitive presuppositions in the domain of governance and ruling,” he said.

“We will need some reconsiderations whether in the domain of good governance or policy making,” he said.

“Signs of this paradigm shift are clear as of now, and I think all political groups and think tanks in the country should focus on these changes,” he said.