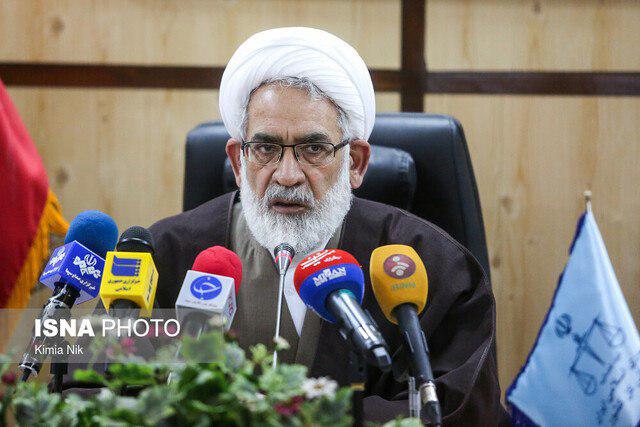 Iranian Prosecutor General Mohammad Jafar Montazeri says ongoing protests over a spike in subsidized gasoline prices has been orchestrated from outside the country, warning that any disorderly conduct would face legal action.

In an interview with state TV on Saturday, Montazeri said the gasoline price hike has been proposed after expert arrangements and carried out within the framework of law.

He said the legal increase in the fuel price would serve the public interests, noting that a group of people seek to take advantage of the situation, foment unrest and disrupt the order in the country.

People of Iran will definitely separate themselves from a small group of rioters that proved their opposition to the Islamic Republic by blocking the streets or attacking a number of buildings, the prosecutor general noted, saying the disruptive conducts have their roots in foreign countries.

The opposition and the hostile currents have been employing the social media in recent days to provoke people, he added, noting, “Such measures and conducts that disrupt public order are considered a crime under the law, and the law enforcement forces and the judicial system feel duty-bound to take legal action against the people disrupting the public order.”