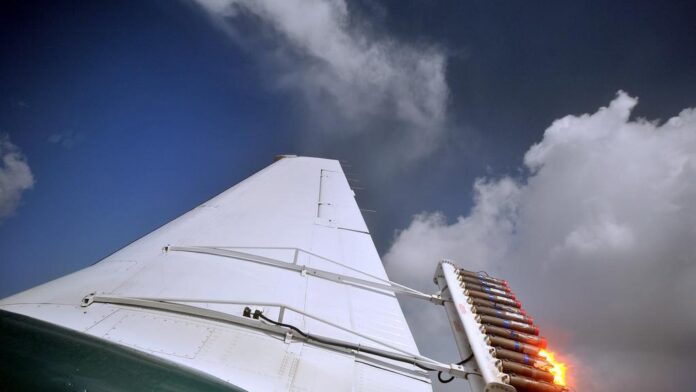 Iran’s Energy Minister Reza Ardakanian says the country has managed to produce rockets by which clouds can be inseminated.

Speaking to reporters on Sunday, the energy minister said the rockets to seed clouds used to be imported from abroad, but now the Islamic Republic is able to produce them inside the country.

As Iran is located in a low-rainfall region, cloud seeding is a method used to increase precipitation and solve the drought problems.

Back in February, Ardakanian said the ministry has launched cooperation with the Islamic Revolution Guards Corps (IRGC) in cloud seeding operations.

In January, the IRGC Aerospace Force commander expressed preparedness to help the Energy Ministry to carry out such operations, saying his forces were at the Iranian nation’s service and would mobilise all equipment to help the administration.

Cloud seeding is a type of weather modification that aims to change the amount or type of precipitation that falls from clouds by dispersing substances into the air that serve as cloud condensation or ice nuclei, which alter the microphysical processes within the cloud.