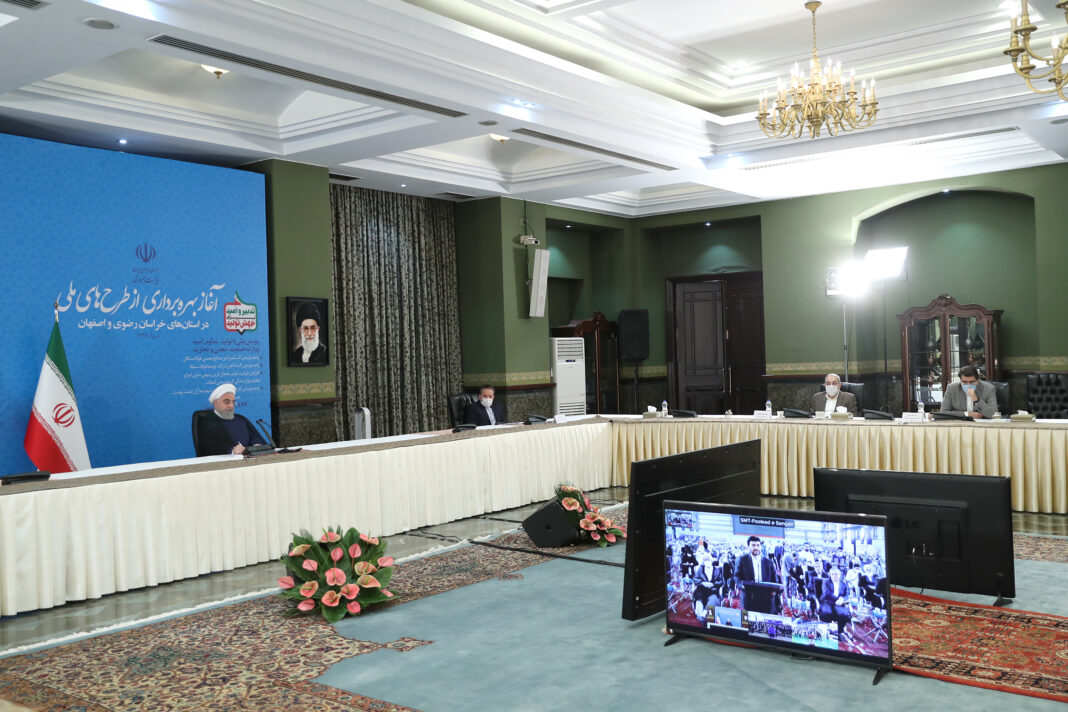 The projects, which were inaugurated in a ceremony held on Thursday via videoconference, simultaneously came on stream in the central province of Isfahan and the northeastern province of Khorasan Razavi.

On the sidelines of the industrial projects, other projects also went on line, including several projects to produce fridges, polymer products and houseware appliances.

Addressing the opening ceremony, President Rouhani said the nation’s ranking in terms of steel production has improved from the 10th spot to the 8th as the country’s steel output capacity stands at 55 million tonnes.

“Our steel production chain (range of products) is a regular and complete one,” he said.

According to Reza Shahrestani, a member of the Board of Directors of Iran Steel Producers Association, sales volume shows a 93% rise compared to the year before.