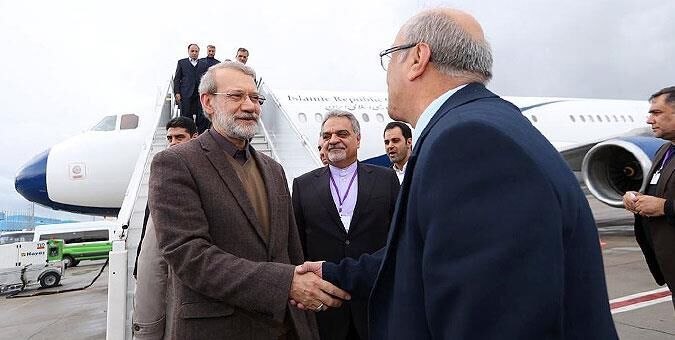 Iranian Parliament Speaker Ali Larijani has arrived in the Turkish city of Antalya to attend the 12th plenary meeting of the Asian Parliamentary Assembly (APA).

The top lawmaker was welcomed by Turkish parliamentary officials and the province’s deputy governor at the airport.

The APA was established in 2006 upon Iran’s initiative at the Seventh Session of the Association of Asian Parliamentary for Peace (AAPP).

It has 42 Member Parliaments and 16 observers. The assembly has been created as a forum to exchange views, ideas, and experiences for developing common strategies and promoting peace in Asia and the world, according to its website.

The 11th plenary session of the APA was held last year in Istanbul, Turkey, with the theme of “Boosting Economic Prosperity in Asia”.