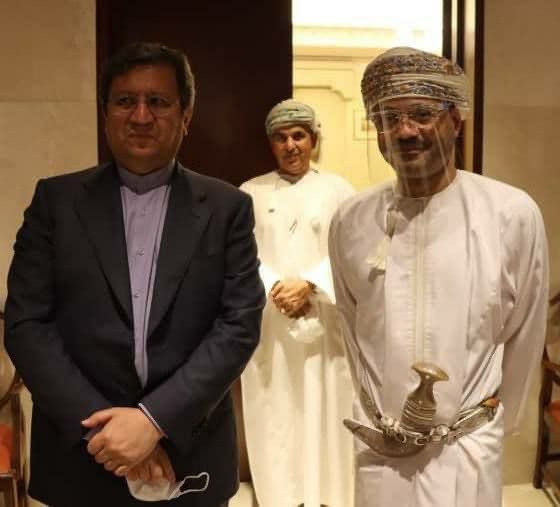 The governor of the Central Bank of Iran (CBI) has discussed the promotion of trade and banking cooperation with Oman during a visit to Muscat.

Abdolnasser Hemmati was accompanied by a delegation of senior Iranian officials in his visit to the Persian Gulf state.

“At the invitation of the governor of the Central Bank of Oman, I arrived in Muscat on Tuesday, January 26, 2021, on a two-day visit, accompanied by the deputy minister of industry, mines and trade, of health, and the deputy CBI governor for forex affairs,” said Hemmati.

“In the first meeting, we had extensive talks with Oman’s foreign minister,” he said.

“He was very much interested in boosting strategic economic relations between the two countries,” Iran’s CBI governor noted.

As Hemmati explained, the top Omani diplomat highlighted the importance of Iran’s role and status in the region and enhance mutual trade and economic ties.

“In these meetings, areas of, and obstacles to, and ways of promoting mutual banking and trade cooperation was reviewed in detail and the necessary decisions were adopted,” he said.

Hemmati said the expansion of bilateral commercial relations was also on the agenda of the talks.

“In the second meeting, we had lengthy discussions with Oman’s minister of industry and trade,” he noted.

“The meeting attended by authorities from Oman’s Chamber of Commerce as well,” said the CBI governor.

Given the existing opportunity for the expansion of mutual cooperation, said Hemmati, the potential of both countries’ private sectors can be tapped to upgrade the level and volume of mutual trade.

“I emphasized that we seek to further promote our trade relations with Oman as a trade partner,” he said.

“So, this trip is an opportunity to enhance our cooperation given the international developments,” he noted.

“I also emphasized that the United States’ ‘maximum pressure’ policy has failed, and it is necessary that the two sides further expand their trade transactions given the long historical background of relations between the two countries,” he said.

“We will continue our talks with Omani officials and the governor of the Central Bank on Wednesday January 27, 2021, focusing on banking and financial issues,” Hemmati explained.