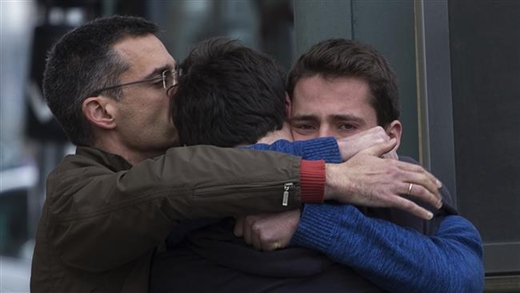 President Rouhani and the Foreign Ministry have offered condolences to the German government and families who lost loved ones in the deadly crash.

Iran has extended condolences to the German government and nation over a deadly plane crash that left 150 people dead.

On Tuesday President Hassan Rouhani expressed deep sorrow over the tragic accident and offered Tehran’s deepest sympathy to the families of the victims.

Foreign Ministry Spokeswoman Marzieh Afkham also extended condolences to Germany and the families of those who lost loved one in the aviation disaster.

An Airbus A320 passenger aircraft owned by Germanwings, an affiliate of German airline Lufthansa, crashed in the southern French Alps Tuesday, killing all 150 people, including 144 passengers and six crew, on board.

The plane was en route from the Spanish city of Barcelona to the German city of Dusseldorf when it went down in southern France.