Iranian newspaper headlines across the country on September 11

Most Iranian newspapers on Thursday (September 11) put the shock dismissal of Ali Daei, the head coach of Tehran-based Persepolis Football Club, on their front pages. News about the state visit to Tajikistan by President Hassan Rouhani and the deals the two sides signed during the visit was also splashed across the front pages of several Iranian dailies.

Afarinesh: “Iran and Tajikistan are trying to bolster their ties on all fronts,” visiting Iranian President Hassan Rouhani told a joint press conference with his Tajik counterpart in Dushanbe.

Afarinesh: In a letter to the director general of the UN nuclear agency, Iran has strongly denounced the violation of its airspace by an Israeli drone and calls on the international community to condemn the move. 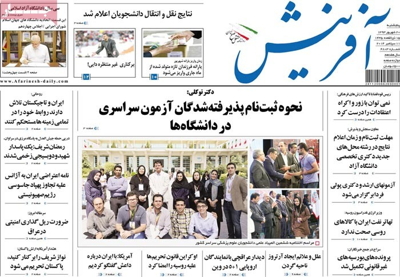 Aftab-e Yazd: The newly-elected chairman of Tehran City Council has expressed opposition to plans to allow residents of big towns to directly elect their mayors. 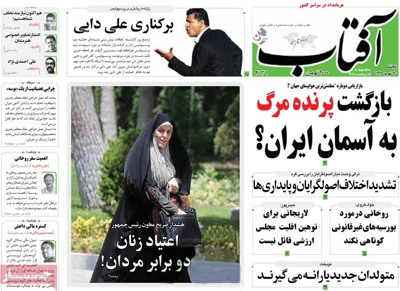 Arman-e Emrooz: Seyyed Mohammad Reza Khatami, a brother of the former president who once served as deputy speaker of the Islamic Consultative Assembly, has not been allowed to leave the country.

Arman-e Emrooz: Ali Daei, the manager of Persepolis Football Club, has been sacked after his red-clad squad performed poorly on the pitch in the first eight weeks of the 2014-2015 Iranian Premier League. 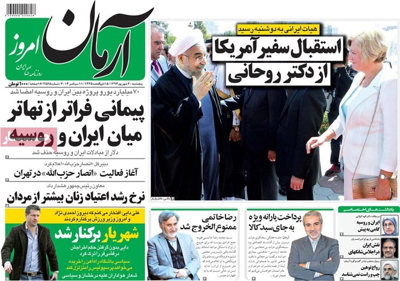 Ebtekar: The secretary general of Ansar Hizbollah has announced the launch of the group’s operations to “promote virtue and prevent vice”. It comes despite warnings by Tehran Lieutenant Governor for Sociopolitical Affairs Seyyed Shahabeddin Chavoshi that “enforcers of morality laws on motorbikes need permission to hit the streets.” 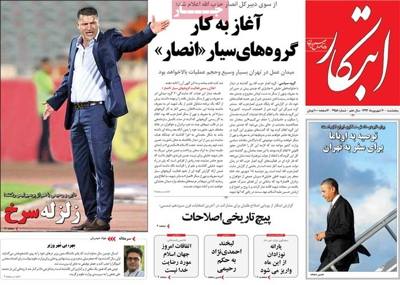 Ettela’at: The government spokesman says imports of cars with an engine displacement of over 2,500 cc have been banned. 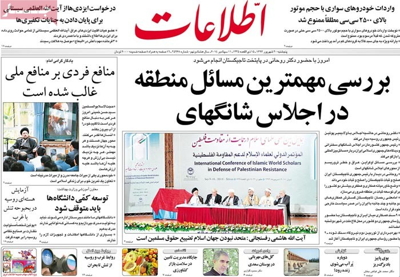 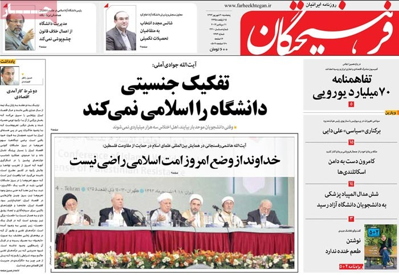 Financial Tribune: Foreign Minister Mohammad Javad Zarif sent a message to Ibrahim Jaafari to congratulate him on his appointment as Iraq’s foreign minister. 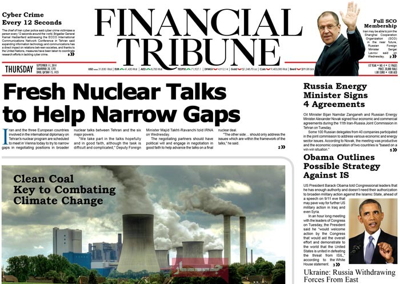 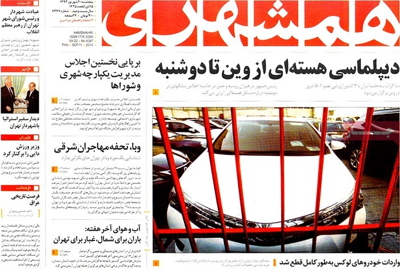 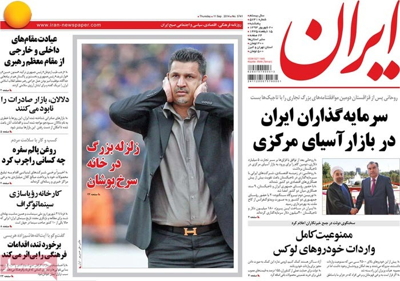 Jahan-e Sanat: “Iran and Britain will soon reopen their embassies. A new round of talks between Iran and three European countries opens Thursday.” 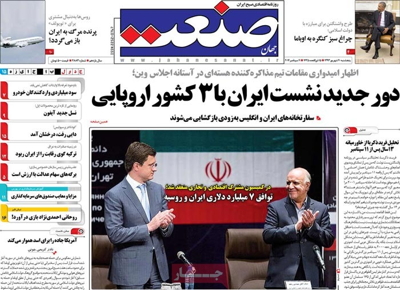 Javan: “With Saudi Arabia recalling its students from Yemen, the stage seems to be getting set for foreign contribution to Yemeni government efforts to put down protests.” 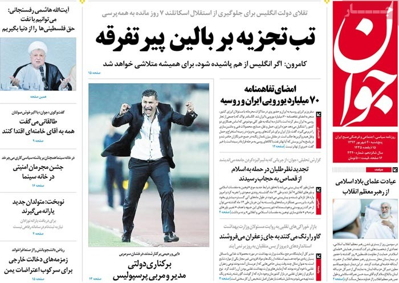 Jamejam: The UN secretary-general has called on the Islamic Republic of Iran to play a constructive role in regional peace and stability. 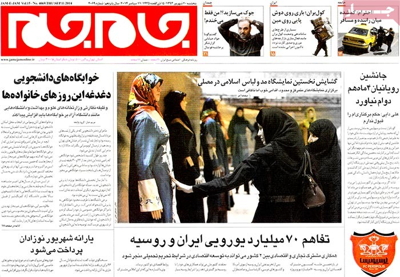 Mardomsalari: “A direct sea lane is to be established between Iran and Qatar,” the Iranian deputy industry minister said.

Mardomsalari: “One cannot resort to the use of force to change the beliefs of the public,” Judiciary Chief Ayatollah Sadegh Amoli Larijani said. 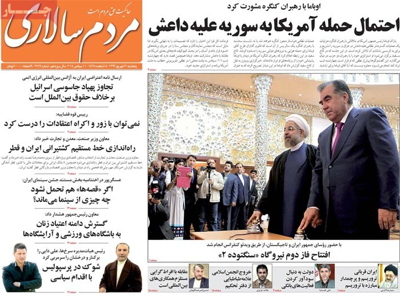 Sharq: Five people sentenced to death for committing murder have been pardoned by the families of their victims. They won’t be executed now. 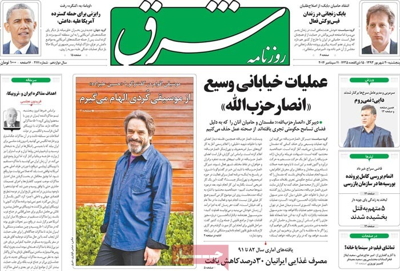