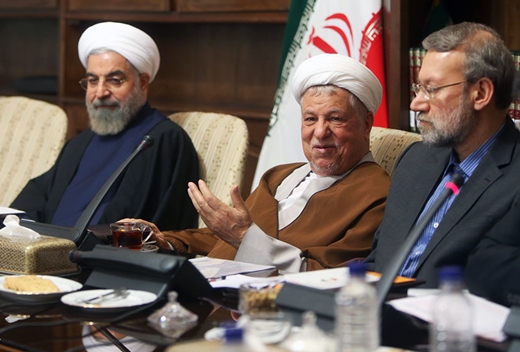 Ayatollah Hashemi Rafsanjani blamed the huge material loss the Yemenis suffer on the indifference of the international community to the Saudi-led airstrikes against the Arab country.

The chairman of the Expediency Council has said that vigilance is direly needed in the face of ISIL’s new offensives in the region.

Ayatollah Akbar Hashemi Rafsanjani made the comment Saturday during a session of the Council and added we need to keep our guard up about what is playing out in the region.

The following is the translation of excerpts – reported by Entekhab.ir – of his remarks on the critical conditions in the region and a surge in terrorist acts by ISIL in Syria and Iraq:

We need to exercise more vigilance and prudence in the face of the dire threats and renewed onslaughts in the region and develop a better insight into the recent developments, Rafsanjani said, adding we have to know what is happening around us.

[He was referring to new attacks by ISIL in Syria and Iraq and the terrorist grouping’s capture of the Iraqi city of Ramadi in a fresh wave of onslaughts].

The top councilor then expressed regret over the continuation of unjust Saudi airstrikes against the defenseless people of Yemen and said, “Unfortunately, much of Yemen’s infrastructure is being destroyed thanks to the indifference of international organizations as well as regional and world nations”.

He rejected as “regretful and unfair” efforts to prevent Iran’s ship from taking humanitarian aid to the stricken Yemenis and said, “We hope the Islamic Republic of Iran continues to be the anchor of stability in the region”.