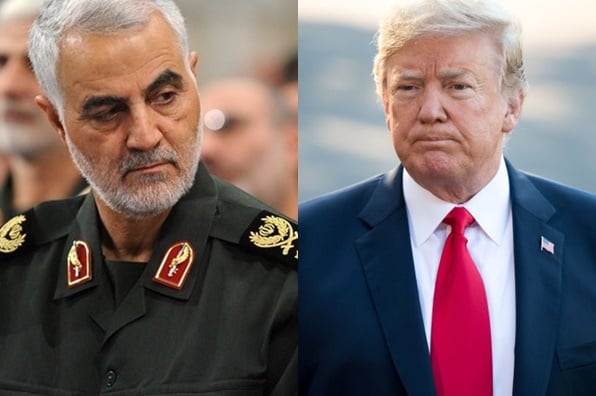 Seyyed Hossein Mousavian, a former Iranian diplomat and member of the country’s nuclear negotiating team, says if he was in Iranian President Hassan Rouhani’s shoes, he would invite US President Donald Trump to visit Tehran and meet him along with senior Iranian General Qassem Soleimani.

In a recent opinion piece published in the E’temad daily newspaper, Mousavian has talked about the moves that President Rouhani can do in response to his American counterpart’s call for dialogue. What follows is the full text of his piece:

Trump in a recent joint press conference with Italian prime minister referred to the ongoing tension between Iran and the US, and said, “I’m ready to meet anytime they want to. No preconditions. It would be good for the country, good for them, and good for the world. I don’t do that from strength or weakness, but I just think it’s an appropriate thing to do.”

However, shortly after Trump’s remarks about unconditional talks with Tehran, US Secretary of State Mike Pompeo once again listed some preconditions for holding talks with Iran. He had earlier set 12 conditions for improving ties with Iran, and had made the harshest remarks against Iran in a gathering of Iranians living in the United States.

Under such circumstances, if I were in President Rouhani’s shoes, with the decision of the Supreme National Security Council and the approval of the Leader of the Islamic Republic of Iran, in response to President Trump’s offer, I would ask him to make a visit to Tehran and would organise a tour of Iran for him before sitting down to negotiate. This tour could include:

If Trump rejects the invitation, the ball will be in his court; because Trump wants to convince public opinion that he is willing to hold diplomatic talks to resolve problems and it is the Islamic Republic that is refusing. However, if Trump accepts to visit Tehran, part of his wishes will be met. He wants to be known as a history maker. Simply making a trip to Iran will provide him with such a plan and there will be no cost for Tehran.

Eventually, only one of two following things could happen – whether eye-catching progress can be made during his trip or not. If not, Trump would have taken the risk of travel and will return empty-handed while Tehran would have lost nothing. On the other hand, a visit by the US President to the Iranian capital to resolve their problems would retain dignity and authority for Iran.