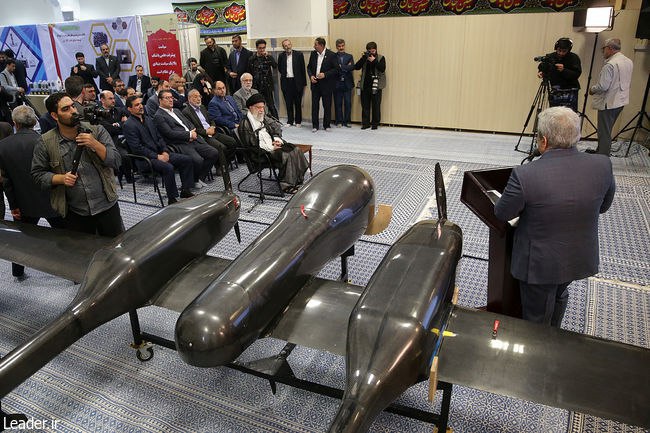 Leader of Iran’s Islamic Revolution Ayatollah Seyyed Ali Khamenei has called on the country’s vice president for science and technology to lift barriers that the young Iranian inventors are faced with.

Ayatollah Khamenei made the remarks during his visit to an exhibition of products made by knowledge-based companies and top technologies known as Iran-made Products Exhibit on Tuesday.

During the two-hour visit, Ayatollah Ali Khamenei went to 30 booths of knowledge-based companies and talked to technologists and researchers about the latest scientific and technological achievements and commercialised projects of Iranian youths and professionals.

The Leader said one of the complaints of young people at the fair was that sometimes the government imports the same product already made by them.

“You should not let these barriers be erected in front of the active youths. Make as much as efforts you can in this regard, and I will help as much as I can,” reiterated Ayatollah Khamenei.

Iran’s Leader also thanked the researchers, technologists and the exhibition executives, and wrote a text on the [event’s] memorial plaque as follows:

In the Name of God, the Most Compassionate, the Most Merciful,
“We saw the brilliant manifestation of Iranian talent and the revolutionary endeavour in this exhibition and thanked God. The basic work to use high motivations and abilities must be pursued seriously. This is the most important task of government officials. Trust in God and go ahead with hope and enthusiasm; you will surely be able to put an end to the country’s economic troubles, God willing.”