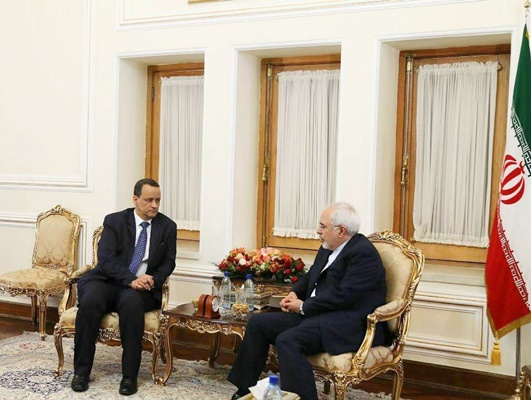 During the Saturday meeting held in Tehran, Zarif and Ould Cheikh Ahmed discussed the latest developments in Yemen.

They particularly underlined the need to end the humanitarian disaster in the Arab country and find comprehensive political solutions to the crisis.

During the meeting, the UN envoy briefed Jaberi Ansari on the latest humanitarian situation in Yemen and his recent consultations aimed at reactivating efforts to resolve the crisis in a political way.

He also called on Iran to support the UN’s efforts in this regard.

The Iranian diplomat, for his part, expressed concern over the serious humanitarian crisis in Yemen, and voiced Tehran’s support for the UN’s efforts to end the war and crisis in the Arab country.

Jaberi Ansari further highlighted the framework proposed by the Islamic Republic for political resolution of Yemen crisis and the principles which need to be considered in the path to settle the issue.