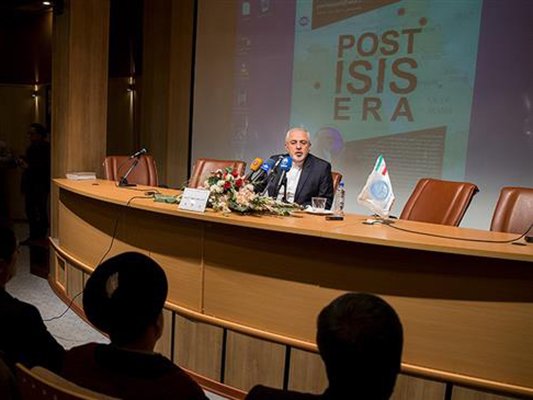 Iran’s Foreign Minister Mohammad Javad Zarif says it is wrong to believe that the ISIS terrorist group has been wiped out.

Addressing a conference in Tehran on Saturday, Zarif said ISIS terrorists were defeated on the ground, but the ideology behind it and the terrorist group’s financial supporters are still there.

“The potential that created ISIS has not been eliminated,” said the top diplomat, as quoted by the Persian-language Iranian Students’ News Agency (ISNA).

He said some potentialities in the Middle East region and beyond contributed to the emergence of ISIS.

“When we speak of the post-ISIS era, we shouldn’t think that this ideology is gone. One of the mistakes that is sometimes made is that it is believed ISIS is wiped out,” said the foreign minister.

He further said the ISIS terrorist group created a situation in the Middle East which still lingers on.

Zarif then touched upon the reasons why ISIS was created.

“One of the key reasons behind this issue is foreign interference in our region. ISIS is the fallout from the US invasion of Iraq,” the foreign minister underscored.

He said the regional governments’ failure to address the most important needs of the people in the region, including their failure to secure the rights of Palestinian people, also contributed to the creation of ISIS.

Elsewhere in his remarks, Zarif, termed the Israeli regime as a “cancerous tumour” in the Middle East. He said the close relationship between some Arab states and Tel Aviv has also contributed to the creation and sustenance of the ISIS ideology.

Yet another contributor to the creation of the ISIS ideology has been efforts by some regional countries to cover up their domestic issues by playing a blame game and deflecting attention to a “foreign enemy,” the foreign minister noted.

He said the contact and communication networks of ISIS still exist.

“ISIS elements are spreading across different parts of the region, and probably areas beyond the region.”

Therefore, he said, ISIS is still a reality in the West Asia region and beyond.