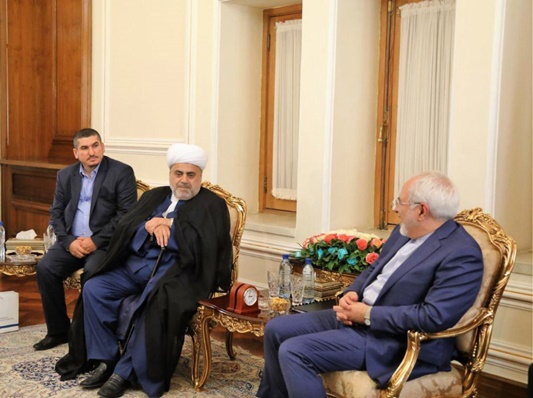 In a Monday meeting in Tehran, Iranian Foreign Minister Mohammad Javad Zarif held talks with Allahshukur Pashazadeh, the Sheikh ul-Islam of Azerbaijan Republic and Grand Mufti of the Caucasus.

During the meeting, Zarif referred to the frequent meetings between Iranian and Azerbaijani presidents, and hailed Tehran-Baku outstanding bilateral relations.

Sheikh ul-Islam Pashazadeh, for his part, referred to Azerbaijan’s good ties with the Islamic Republic of Iran, and praised Zarif’s efforts to strengthen the relations.

“We will endeavour to reinforce the relations more than ever,” he added.