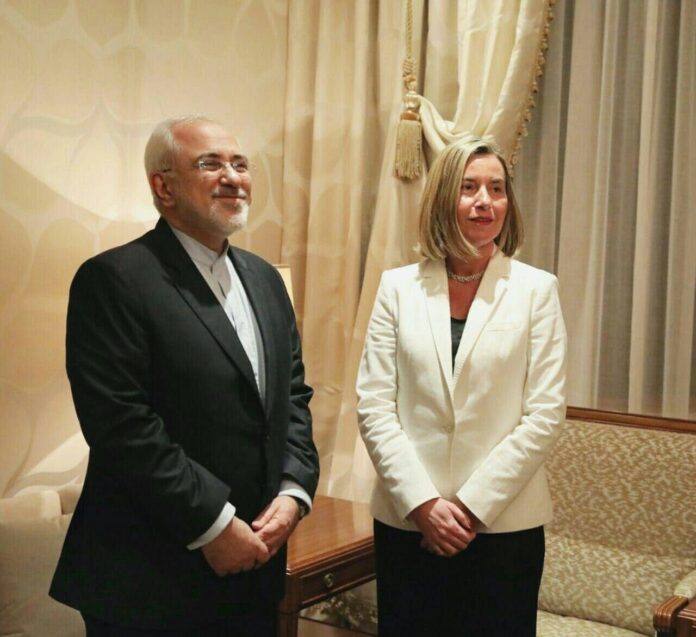 During the Tuesday meeting, the two sides conferred on the Iran nuclear deal, particularly the US’ barriers to its implementation and ways to remove them.

Zarif and Mogherini also exchanged views on the reconstruction of the war-torn Iraq.

The 1.5-hour meeting was held behind closed doors on the sidelines of the Kuwait International Conference on the Reconstruction of Iraq.

Tens of donor countries including Iran and around 2,000 organizations have attended the conference to announce financial contributions at the three-day meeting.