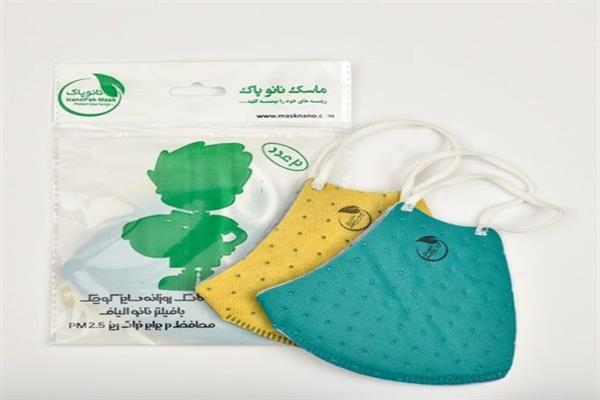 Respirators and masks are designed to filter toxic particles and protect the users from inhaling hazardous atmospheres.

While the demand for anti-pollution and industrial respirators has risen in recent years, an Iranian knowledge-based company has succeeded in producing nanofiber masks for public and industrial application.

“Nano Tar Park” company has fulfilled the domestic demand for such high-tech masks and has even started to export its products to South Korea, Thailand and Turkey.

“The company is engaged in producing nanofibers and the products that are based upon nanofibers. The company’s main product is now a mask made of nanofibers,” CEO of Nano Tar Park, Gholam Shahbazi said.

He also noted that the homegrown nanofiber masks, appropriate for both public and industrial purposes, can be used for air pollution, cleaning activities and gardening, and heavy industrial tasks such as the petrochemical, cement manufacturing, or metal industries.

He noted that only Iran, the US and the Czech Republic have the technical know-how to manufacture nanofibers, stressing that Iran does not need any import of such advanced material.

The products of Nano Tar Park company are being exported to South Korea, Thailand and Turkey, the CEO noted, saying his firm has reaped $20,000 in profit from exports last year.

Shahbazi finally said that his company has provided employment for around 80 people, noting that the masks produced by Nano Tar Park sell for one-sixth the price of similar foreign ones.