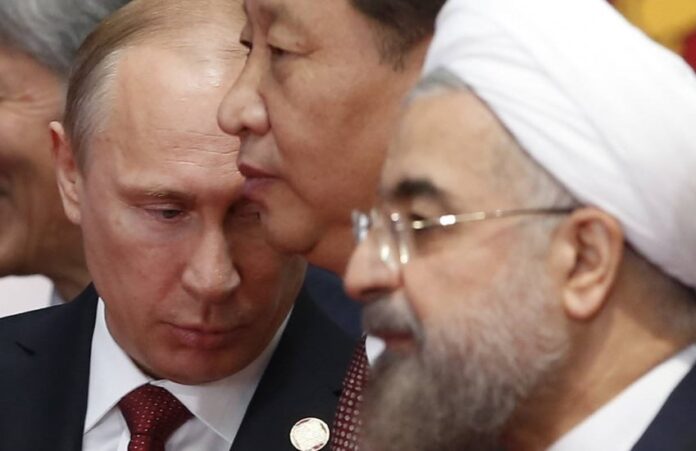 Following the US unilateral withdrawal from the Iran nuclear deal in May, Iran expected the remaining sides of the deal particularly Russia and China to adopt practical measures to safeguard the nuclear accord, but all to no avail, said Iranian analyst, Mohammad Mahdi Mazaheri.

In an analytical piece published in Iranian Diplomacy website, the analyst said Russia and China sat idle in the last months of 2018 watching their firms leave Iran after the US pullout of the JCPOA and its re-imposition of sanctions.

“The Islamic Republic of Iran began 2019 while the fate of many political and legal cases of the country remains unclear. So, developing new strategies and a priority list as well addressing the main problems facing the country is among the main challenges of the diplomatic apparatus of Iran in the New Year,” the piece reads.

Mazaheri cited the US animosity and unilateral sanctions re-imposed in the 2018 as the main crisis which continued into the New Year and said the crisis should be addressed immediately with a new approach.

“One of the main measures to be adopted in this area is launching new round of talks with the remaining signatories of the Iran nuclear deal particularly the European states to bypass the US sanctions,” he noted.

“In 2018, the Europeans promised to create a financial mechanism known as the Special Purpose Vehicle (SPV). Their promise went beyond lip services and during the past months they launched some practical measures to implement it. They kept working on the plan even after the US threatened to sanction any states involved in the SPV. Some European states like France and Germany jointly expressed their readiness to implement the plan despite the US pressure,” he underlined.

According to the analyst, the SPV was expected to become operational by the end of 2018. So, he said, the main priority of Iran’s Foreign Ministry this year should be seriously following up the issue to set a deadline for the Europeans to fulfil their promises.

He also advised Iranian diplomats not to pin all their hope on the European states.

“In 2018, China, Russia and the UN as other parties to the Iran nuclear deal failed to adopt practical measures to safeguard the nuclear accord. Russia and China even sat idle watching their firms leave Iran following the re-imposition of the US sanctions. This comes as the two states have turned into strong players in the world politics over the past years,” the piece said.

According to the International Monetary Fund, Mazaheri wrote, China ranked the second largest economy in 2018 with a $14 trillion economy after the US with $20.4 trillion.

“So, when the first economy in the world resorts to repressive measures and violates the international law, the second economy is expected to step into the fray and do whatever in power to stop the trend. But China didn’t take any special step.”

Mazaheri said unlike European states’ economy, China’s economy is governmentally centralised. “This has given the Chinese government an upper hand in various political and economic areas. So, the country’s shortage when it comes to Iran is more rooted in its self-interest protectionism rather than its economic incapability.”

He then referred to Russia and especially its growing role in Syria over the past years saying that Russia has already turned into a leading regional player and established itself as a leading rival for the US. “Iran naturally expects Russia to leave behind its passive stances towards the JCPOA and speak out against the pressure exerted by the US on Tehran.”

Mazaheri then elaborated on the UN shortcomings towards Iran and said the world body along with China and Russia fell short of taking serious steps to safeguard the JCPOA. “The UN has the capacity to seriously address issues like this to prevent from having its image tarnished in the world.”

According to the analyst, the shortcomings of the remaining signatories of the Iran nuclear deal requires Iran’s diplomatic apparatus to develop serious plans in 2019 to cope with the US unfair pressure.

Mazaheri said if the remaining sides of the JCPOA wants Iran to continue its trust-making measures, they need to prevent from making any wrong decision by following up the footsteps of the US about Iran’s missile program and put whatever in their power to help Iran which has remained committed to all its pledges under the JCPOA.

*Dr. Mohammad Mahdi Mazaheri is a university professor and serves as the chairman of ECO Cultural Institute (ECI). He is also a member of the Board of Trustees of Research Center of Culture, Art and Communication. Mazaheri has majored in management and philosophy and received several post-doctoral degrees from a number of foreign universities due to his vast studies in various areas. He is also active in diplomatic field.