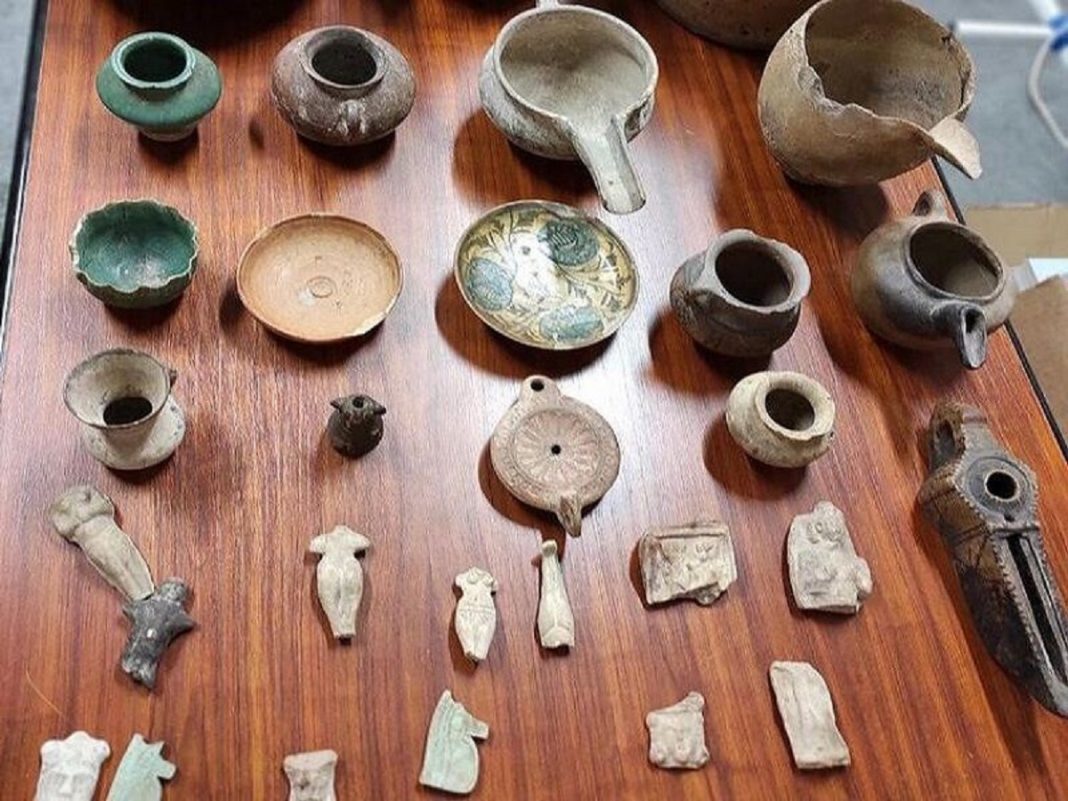 Iran has put on display 29 historical objects the Ministry of Cultural Heritage, Tourism and Handicrafts says were returned to the country from France after a flurry of diplomatic contacts with Paris.

The ministry’s deputy for development of management and resources says the repatriated objects belong to different historical periods.

These include an ancient piece of pottery that goes back to the bronze-age, that is nearly 5,000 years ago.

“Over the past years, good steps have been taken for repatriation of historical objects. We had 19 important cases that covered 40,000 historical objects and with the follow-up of the Ministry of Cultural Heritage, Tourism and Handicrafts and Foreign Ministry as well as the Organization for Islamic Culture and Communications, these artifacts, which are part of the Iranian culture and civilization, returned to the country,” Saeed Owhadi said during the opening ceremony of the exhibition for the artefacts.

During the ceremony, the Foreign Ministry’s director general for cultural cooperation and Iranian expatriates’ affairs said the 29 historical objects were repatriated after talks between Iran’s cultural attache in Paris and decedents of World War II President of France, Charles de Gaulle.

Mohammad Ali Kiani said cultural attaches in 65 countries have been tasked with identifying and coordinating the return of Iranian cultural and historical objects.