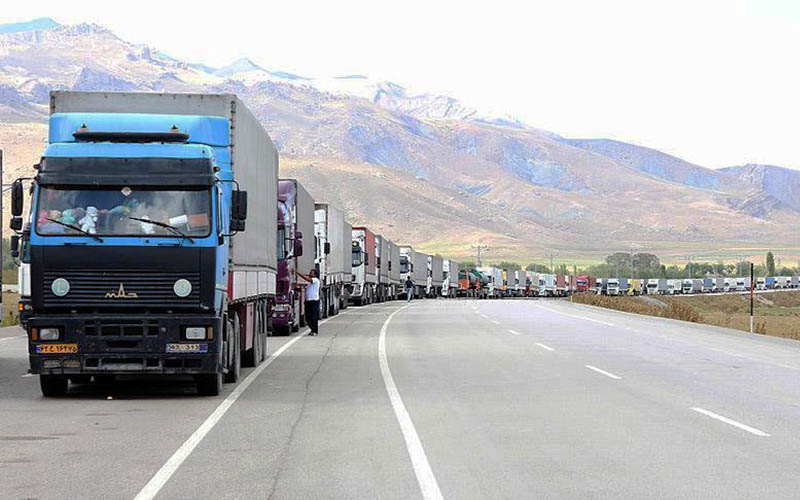 Chief of Staff of the Iranian president has held negotiations with Turkey and Azerbaijan Republic to remove obstacles in the way of resuming trade ties in the face of the spread of the coronavirus.

Mahmoud Vaezi on Monday called on Turkey to resolve the problems of trucks at the border.

In a telephone conversation with Turkey’s Trade Minister Ruhsar Pekcan, Vaezi spoke about the problems of Turkish trucks left behind Turkish border. The two sides also exchanged views on the movement of Iranian trucks at the Turkish-Bulgarian border to load perishable goods in the port of Mersin.

In this conversation, it was decided to resolve the problems of the trucks carrying perishable materials on Tuesday.

Vaezi and Pekcan also agreed that the process of transportation and transit between the two countries continues within the framework of the health and hygiene protocols.

In a separate telephone call, Vaezi held negotiations with Deputy Prime Minister of Azerbaijan Shahin Mostafayev about the ways to speed up resolution of problems caused by the COVID-19, especially the ones affecting the transit route of goods as well as rail, sea and land transport between the two countries.

The two sides also decided to resolve these problems within the next two days, based on the health protocols that have been developed.

They further stressed the process of joint trade and business cooperation be facilitated.

In this conversation, the Deputy Prime Minister of the Republic of Azerbaijan also announced the president of the country has ordered the allocatation of five million dollars to provide the goods needed by Iran to fight the coronavirus.