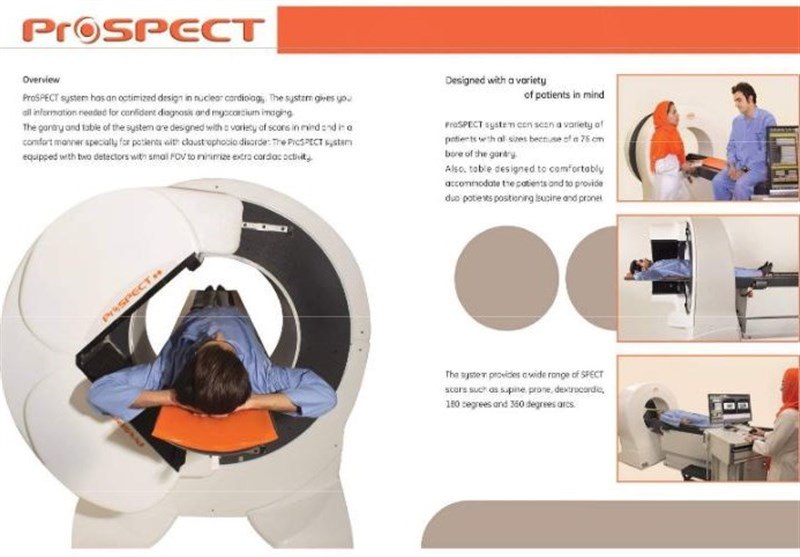 Iranian researchers have produced a nuclear imaging machine, putting Iran on the list of the five countries currently capable of producing the apparatus.

The machine can, among other things, control the functioning of the heart, liver, lungs and the brain and take 3-D images in cancer-related cases.

The entirety of the device has been designed and developed by local experts.

It is currently being used in two hospitals in Iran.

The production of each of these machines saves the country $0.5 billion.

“In imaging processes such as the CT scan or MRI, the anatomy of body organs is captured on images, but in medical nuclear machines such as the one produced by us, the functions of the organs are highlighted,” said Mohammadreza Ai, the CEO of the knowledge-based company which has produced the nuclear imaging machine.

The company says it is the first firm in Iran and even in whole Asia to be working in the field of nuclear imaging.

A senior researcher at the company also says the machine is, quality-wise, on a par with similar devices developed by other countries.