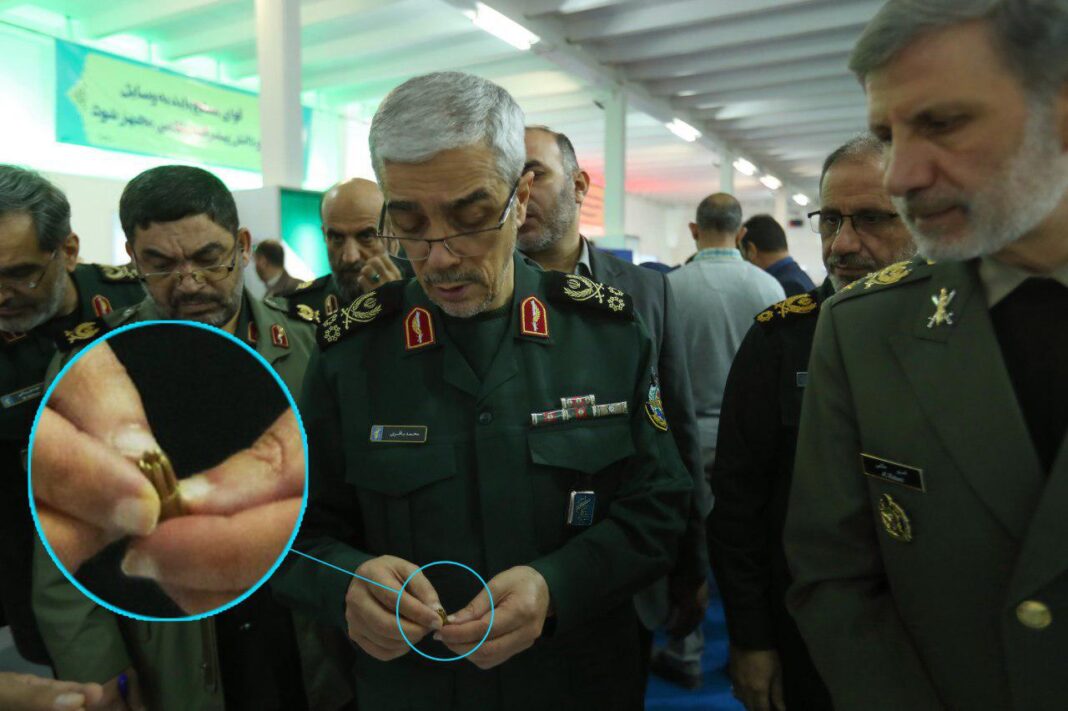 Defence Ministry of the Islamic Republic of Iran has manufactured a new and technically advanced version of the Radically Invasive Projectile (RIP) bullet, which fractures into small pieces upon impact and causes devastation in the target in different directions.

The homegrown bullet was unveiled during a recent visit that Chief of Staff of the Iranian Armed Forces Major General Mohammad Hossein Baqeri paid to an exhibition of achievements of the Defence Industries Organization of Iran.

Hailed as an effective one-shot manstopper, the RIP bullets reduce the risk of ricocheting by exploding upon entry into several razor-sharp fingers.

The RIP bullet is manufactured with trocar edges with three angles reaching one point. Upon impact, the bullet breaks apart along the multiple grooves, creating penetrating projectiles.

This technology maximizes the bullet’s transfer of energy to the target and minimizes the chances that pieces of the bullet will exit the object at dangerous velocities.

Since the small fragments lose energy quickly and therefore pose very little danger to any secondary target, the RIP bullet is a perfect option for operations against aircraft hijacking.

The airline security personnel require a round that could shoot down a target while not damaging the fuselage of a commercial airliner.

The RIP bullet allows the security forces to increase damage to vital organs of the target without having to shoot at it several times.

However, the Hague Convention prohibits the use of RIP and other expanding bullets in the international warfare.