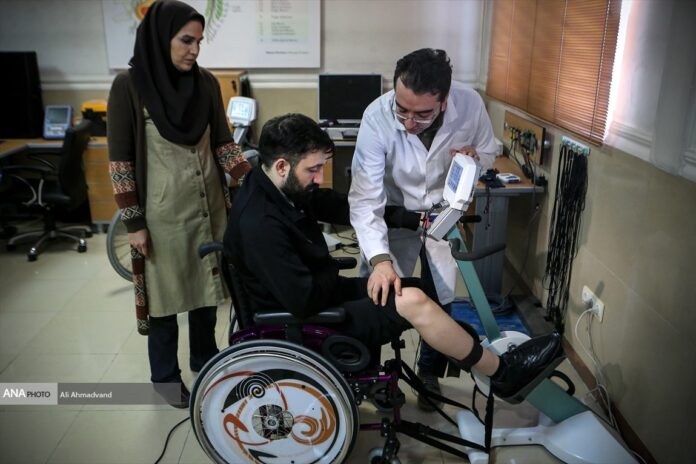 Iran has developed a domestic pedalling neural prosthesis system for those suffering from spinal cord injuries.

The system was unveiled in a ceremony in Tehran attended by Iranian Vice President for Science and Technology Sorena Sattari.

The system helps those suffering from spinal cord injuries to use their muscles alone through neural stimulation.

The system is equipped with a computer-programmable micro-stimulating device which controls the neural network by establishing a direct link with nerve cells.

One of the key features of the system is that it has a software and a graphic mediator that make it possible to be used in software environments.

The product falls within the domain of neuroscience. It was developed by students at Iran University of Science and Technology and researchers at the Electronic Neural Systems Technology Company at the university.

“Million doses of Covid vaccines administered in 100 days in Iran”