Iran’s ‘Death to America’ against US Gov’t, Not Nation: Leader 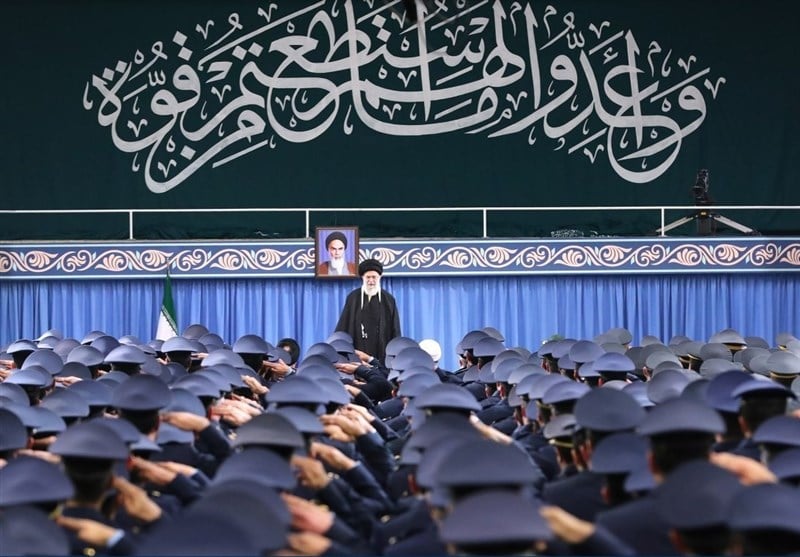 Leader of Iran’s Islamic Revolution Ayatollah Seyyed Ali Khamenei says the Iranian nation's "Death to America" slogan does not address the US nation, but their president and statesmen.

“The US is an embodiment of evil, but yet complains why you [Iranians] chant ‘Death to America’,” the Leader said in a Friday meeting with a group of Iranian Air Force commanders and personnel in Tehran.

“Death to America means ‘death’ to you, the few people ruling the country; we don’t mean the American nation.”

“Secondly, the Iranian nation will continue to chant the ‘death to America’ slogan as long as the US remains evil and wicked,” he added.

Ayatollah Khamenei referred to the US regime as an “epitome of evil and violence” and “a crisis-maker and a warmonger.”

He also noted that the US regime’s existence has always hinged on encroachment upon others with the aim of securing their own interests.

The Leader’s comments came after in reaction to US President Donald Trump’s State of the Union address early Wednesday, in which he said they will not avert their “eyes from a regime that chants ‘death to America’ and threatens genocide against the Jewish people.”

In his Friday comments, the Leader also dismissed the human rights criticisms leveled by European countries against the Islamic Republic, saying that they themselves are cracking down on their citizens and are thus in no position to criticize Iran.

“In the streets of Paris, they attack protesters and blind them, and then shamelessly make human rights demands on us,” Ayatollah Khamenei said.