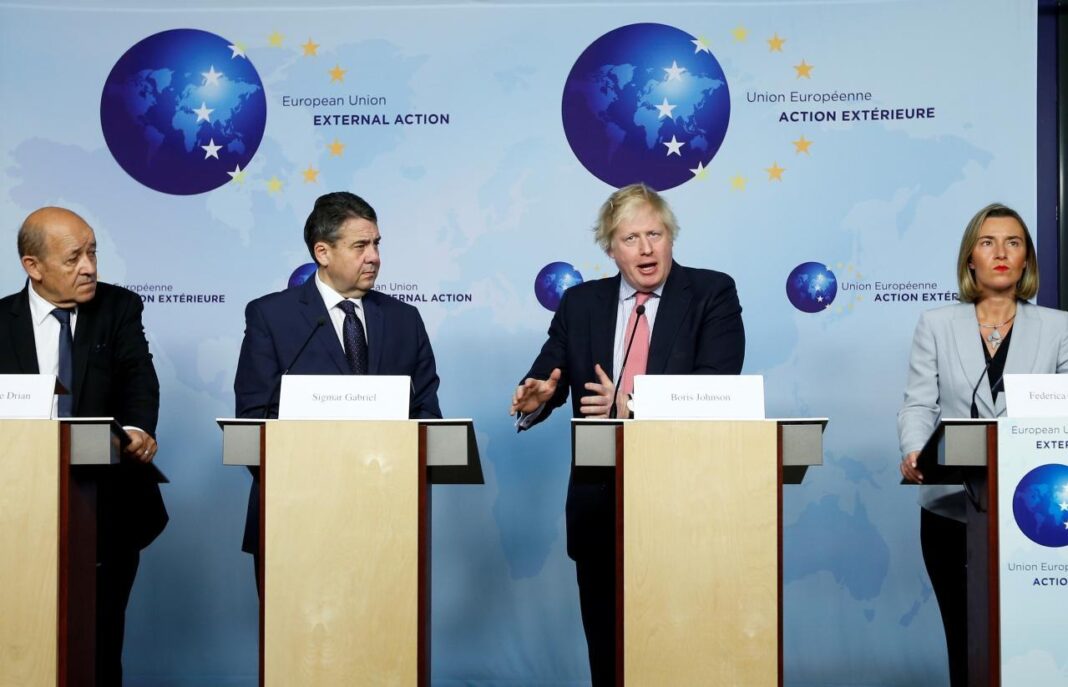 EU foreign policy chief and foreign ministers of France, Germany, and the UK have highlighted the need for full implementation of the Iran nuclear deal, describing it as a great achievement for diplomacy.

Iranian Foreign Minister Mohammad Javad Zarif conferred on the Iran nuclear deal in a joint meeting with his French, British, and German counterparts and the EU foreign policy chief in Brussels.

During the Thursday talks, the top diplomats exchanged views on the measures required under the current circumstances to guarantee the continued implementation of the nuclear deal and commitment of all parties to it.

Zarif also held separate meetings with his British and German counterparts and EU’s Mogherini to discuss issues of mutual interest.

Following the meetings, Zarif said in a post in his Twitter account that there was “strong consensus in Brussels today” on Iran’s compliance with the JCPOA and the Iranian people’s right to all its dividends.

The European top diplomats also agreed that “any move that undermines JCPOA is unacceptable,” Zarif added.

“E3 and EU fully aware that Iran’s continued compliance [is] conditioned on full compliance by the US,” he added.

The Iranian foreign minister, who arrived in Brussels after a short stay in Moscow, earlier discussed the nuclear deal in separate meetings with his French counterpart in the Belgian capital and Russian Foreign Minister Sergei Lavrov in the Russian capital.