Iran, China, Russia Must Adopt Common Strategy against US: Shamkhani 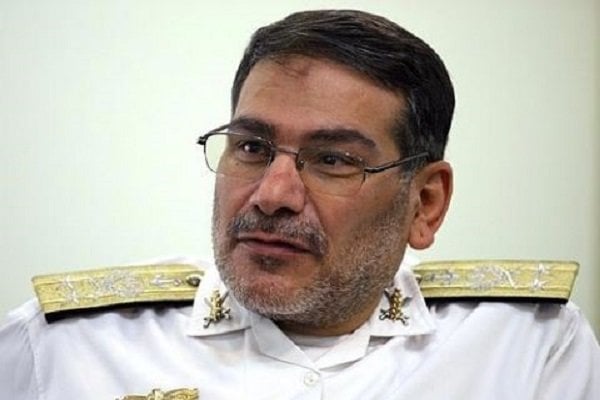 Ali Shamkhani, the Secretary of Iran's Supreme National Security Council (SNSC), says the adoption of a common strategy by Tehran, Beijing and Moscow to deal with US actions is inevitable.

Shamkhani said that China, Russia and Iran are on the list of US national security threats and sanctions are imposed against these three countries.

Therefore, he noted, adopting a joint strategy to counter Washington’s comprehensive attempts to harm these countries is necessary, Shamkhani said.

He made the comments in a meeting with Chinese public security minister Guo Shengkun on the second day of his visit to Russia to attend an international security conference in the Russian resort city of Sochi.

The Iranian security official described terrorism as a fragile threat to international peace and security, saying that Takfiri terrorism has lost its position in Syria and Iraq.

Therefore, the United States and its Western and regional allies are trying to defend Takfiri terrorist currents in this country by fabrications and lies like the use of chemical weapons by the Syrian government in Duma, he noted.

Shamkhani also pointed to the current efforts made by the supporters of Takfiri terrorism to relocate the remnants of these militant groups to Afghanistan, warning that the relocation of terrorist groups to Afghan territories will pose major threats to the borders of Iran, China and Russia.

He also emphasised the need for close cooperation between Iran, China, Russia, Pakistan and Afghanistan to counter the spread of terrorism in the region, and called for a joint intelligence, security and operational mechanism to stop the transfer and relocation of terrorist groups to Afghanistan.

Shamkhani also referred to willingness of senior Chinese and Iranian officials to expand the mutual ties, adding that joint efforts to remove some obstacles, including banking and financial issues, must be the main priority.

For his part, the Chinese official noted that the US supports elements of insecurrity in the region to restrict these three countries by imposing sanction on them.

Beijing understands the worries of the Islamic Republic in this regard, he added.

He added that Tehran and Beijing can build new partnerships in the context of “One Belt, One Road” initiative in the areas of security, counter-terrorism, organised crimes, cyber security, energy projects and railways.

Expressing regret over US non-compliance with the nuclear deal, he asserted that China, as one of the main members of the P5+1, believes that all parties to the agreement must fulfil their commitments.

Shengkun also invited  Shamkhani to visit China, and announced Beijing’s readiness to exchange information with Iran to fight against terrorism.