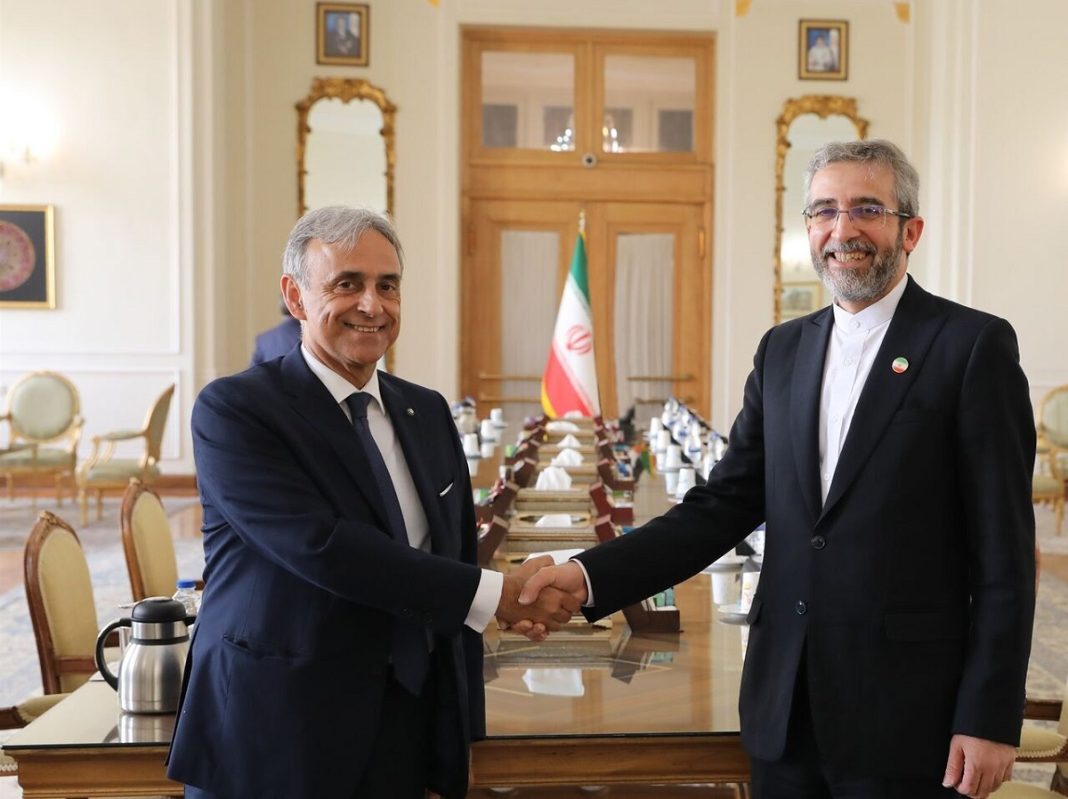 The Iranian Deputy Foreign Minister for Political Affairs has called for taking practical measures to help establish peace and stability in Afghanistan and Yemen.

Ali Bagheri Kani made the remarks in his meeting with the Secretary General of Italian Ministry of Foreign Affairs Ettore Francesco Sequi in Tehran on Tuesday evening.

The third round of the political talks between Iran and Italy was held in Tehran, as co-chaired by Bagheri Kani and Sequi.

During the meeting, Bagheri Kani pointed to the historical ties, economic cooperation and friendly relations between the two countries of Iran and Italy and said that pathology of Iran-Europe relations in the past few decades shows that Europe’s efforts are necessary to achieve an acceptable level of stability in relations.

Presently, international situation and major threats, especially in the field of energy and food security and consequently national security of countries in the worldwide, especially in Europe, require continuing constant consultations and moving towards sustainable cooperation between Iran and Europe, Bagheri Kani highlighted.

While emphasizing the need for joint efforts to combat terrorism, he stated that the differences of attitude between Iran and Europe and their differences of opinion on various regional and international issues are a fact that cannot be ignored but the possibility of turning difference of opinions is also a noticeable fact in line with promoting mutual understanding and cooperation.

Elsewhere in his remarks, Bagheri Kani referred to the common areas of consultation and cooperation on regional issues and called for taking practical actions to help establish peace and stability in Afghanistan and Yemen.

Italian diplomat, for his part, expressed satisfaction with his visit to Tehran and said that Italy is interested in expanding and broadening cooperation with Iran.

While welcoming the proposal of expanding scope of consultative talks in various levels, Sequi emphasized the need for continuation of bilateral talks on relevant issues.

He praised the humanitarian actions of Iran, including hosting of Afghan refugees, and expressed hope that they would continue to work together to strengthen stability and security in Afghanistan