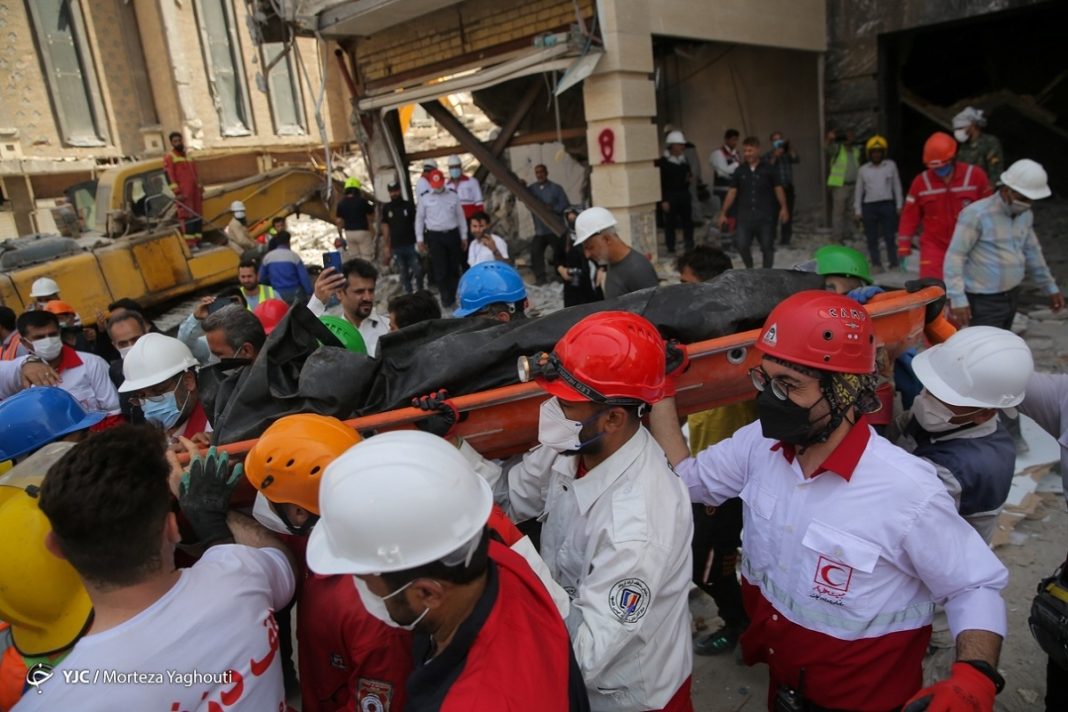 The death toll from a building that partially collapsed last Monday in the southwestern Iranian city of Abadan has risen to 36 as three more body was pulled out from under the rubble on Tuesday.

As parts of the multiple-story building collapsed on Tuesday, the search operation has been going slowly and carefully.

Medics and rescue teams have been working round the clock to assist with rescue and relief efforts.

The exact number of people trapped under the rubble is unknown, but unofficial figures put it at over 80.

Faulty construction practices have been blamed for the collapse of the recently-constructed Metropol commercial building, but an investigation is underway to decide what caused the incident.

Interior Minister Ahmad Vahidi had earlier indicated that the building had a license for only six stories, but the contractors violated the permit and constructed a ten-story building.