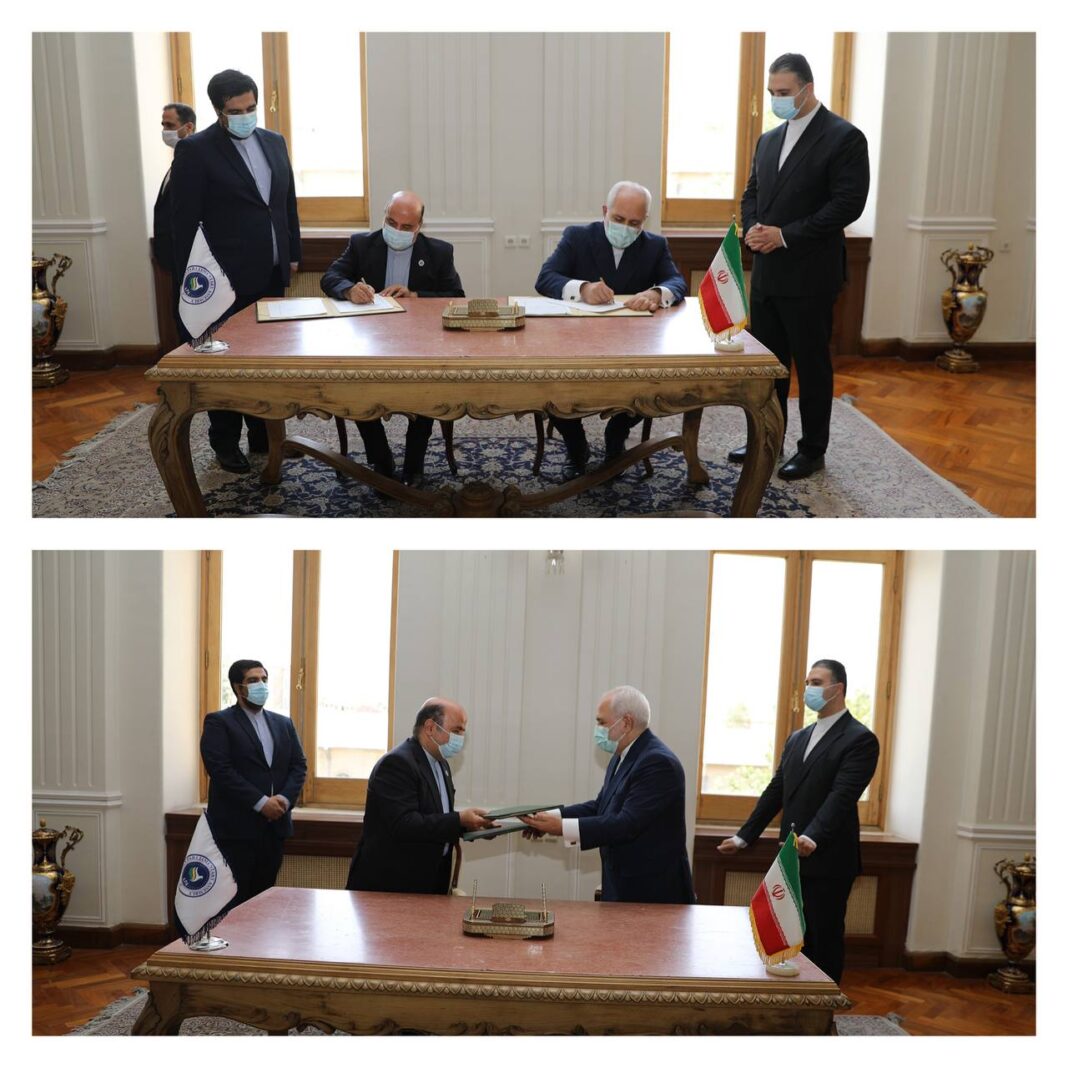 Iranian Foreign Minister Mohammad Javad Zarif and Mohammad Reza Majidi, the Secretary-General of the Asian Parliamentary Assembly, signed the APA’s Headquarters Agreement on the provisions related to the status, privileges and immunities of the permanent secretariat of the Assembly in Tehran at the Iranian Ministry of Foreign Affairs.

The agreement was signed after it was ratified by the Cabinet and the necessary permission was granted to the Foreign Ministry.

The APA currently comprises 44 Asian Member Parliaments and 14 other parliaments as observers. The APA also includes 10 international and regional organisations as observers. Tehran has been designated as the host of the APA’s secretariat from the beginning, as approved by the Assembly.

The Asian Parliamentary Assembly, as a dynamic regional mechanism in the field of inter-parliamentary interactions, has a wide and diverse field of activity, and covers a significant range of important regional and international issues such as fight against corruption, justice in health, fight against drug trafficking, reinforcing the elements of cooperation and friendship among members, reducing poverty, protecting the environment, promoting cultural diversity, combating trafficking in cultural items, the rights of women, youth and the elderly, as well as situations such as the crimes of the usurping regime in the occupied Palestinian territories. The Asian Parliamentary Assembly adopts annual resolutions in order to ensure consistency and regular follow-up of its actions in these areas and other matters of concern to its members.

The idea of the establishment of the Asian Parliamentary Assembly was devised and pursued by Hossein Sheikholeslam, the late member of the seventh Iranian Parliament, and was finally realised. As the representative of the Iranian Parliament in the APA, he came up with and pursued the idea of an integrated Asian energy market and a friendship agreement among Asian countries within the framework of the APA.