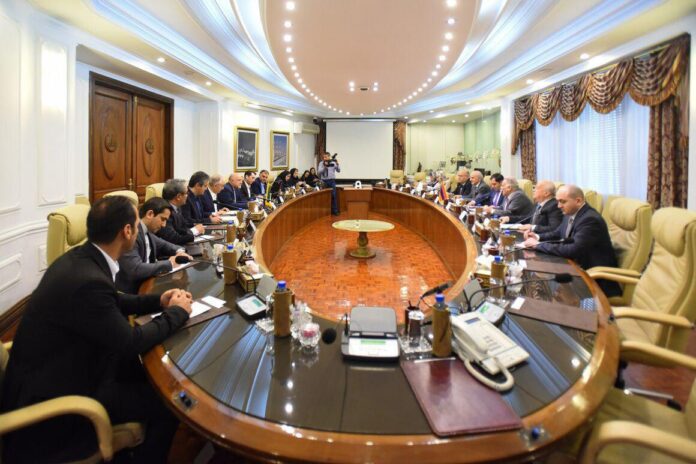 The Oil Minister of the Islamic Republic of Iran and the Republic of Armenia’s Minister of Territorial Administration and Infrastructures discussed the exchange of natural gas and electricity between the two neighbors.

In a meeting with Armenia’s Minister of Territorial Administration and Infrastructures Suren Papikyan, held on Sunday, Iran’s Oil Minister Bijan Namdar Zangeneh described the energy sector as the most important field in the relations and exchanges between Iran and Armenia.

“Iran’s export of gas to Armenia in exchange for importing electricity (barter trade between Iran and Armenia on gas and power) is part of the mutual cooperation,” Zangeneh said.

Iran and Armenia in 2004 signed a barter deal on trading gas for electricity for 20 years, according to which the Iranian exported gas is consumed by the power plants in Armenia, and Iran in exchange imports electricity from Armenia.

Armenia has started to import gas from Iran since mid-2009.