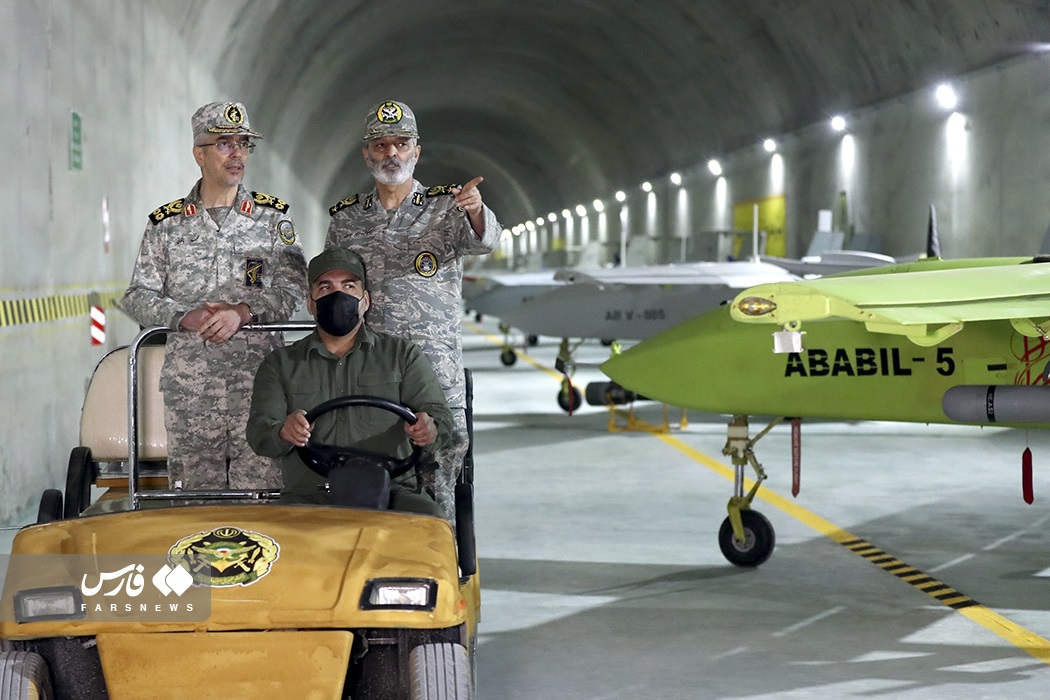 Iran’s Army has let out rare footage from the inside of a top secret underground base where a range of advanced drones are housed and operated for potential combat and other missions.

An IRIB News reporter was airlifted from an Air Force base in Kermanshah in Iran’s west to the secret base. No camera crew was allowed and the reporter was blindfolded before entering the site, hundreds of meter “in the heart of the Zagros Mountains.”

Inside, he said, over 100 combat, surveillance, and kamikaze drones were parked. While the aerial vehicles were filmed, none of the drone pilots or other technical personnel were authorized to appear on camera.

“The Islamic Republic’s Armed Forces are the region’s top drone power. There is no doubt about that. Because of the types of the drones and the range of the actions they can carry out,” Iran’s Army Commander Major General Abdolrahim Mousavi, who was at the base, told the IRIB reporter.

At a later speech, Major General Mousavi added, “Our greatest achievement is that we are dependent on no one and we procure whatever it is that we need to defend the country and carry out our operations.”

The Iranian Army chief said the upgrading of the military might, including drone power, was “unstoppable.”

Among the drones showcased was the Kaman-22 (Arch-22), which can fly up to a range of at least 2,000 kilometers and carry Haidar cruise missiles, the first cruise missiles to be carried by an unmanned aerial vehicle.

Chief of Staff of the Armed Forces Major General Mohammad Baqeri, who was also at the base, said the site was only “the tip of the iceberg” and much of the military capabilities of the country could not be publicized.

Major General Baqeri said drones were the future of armed combat. “The Army is quickly developing its drone power. New drones are being manufactured in the country that can carry out various missions,” he said.

He praised the Army for achieving the capability to manufacture and operate the drones. “The Army is quickly developing its drone power. New drones are being manufactured in the country that can carry out various missions,” he said.

“We never downgrade a threat, we don’t assume the enemy is asleep, our eyes are open, and we are constantly on the watch,” the top Iranian military commander said.

Iran has recently ramped up its manufacture of advanced drones for defense and surveillance purposes.