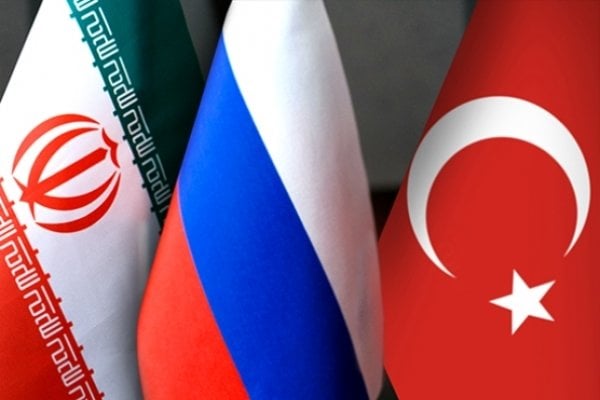 The presidents of Iran, Turkey and Russia, the three guarantors of the peace process in Syria, gather under the same roof in Ankara on Wednesday for their second tripartite summit in less than six months, aiming to facilitate political settlement of the seven-year conflict.

Iran’s Hassan Rouhani, Russia’s Vladimir Putin and Turkey’s Recep Tayyip Erdogan will soon meet in Turkish capital Ankara to discuss the ongoing situation in the war-torn Arab country and follow up on agreements made in various rounds of Syria peace talks held in Kazakhstan’s capital of Astana.

The issue of Idlib and the de-escalation of conflict in the city is said to be the key focus of talks between the three heads of state.

The Ankara summit will be the second such meeting among the three countries’ presidents, the first of which was held in Russia’s Black Sea resort city of Sochi on November 22 last year, according to a Farsi report by IRNA.

While Moscow and Tehran support the Syrian government in its anti-terror drive, Turkey has been a major supplier of arms to militants fighting Assad.

The three countries have helped set up de-escalation zones across Syria to reduce fighting on the ground.

The Wednesday event was preceded by a meeting on Tuesday in Ankara between the three countries’ foreign ministers, in which the agenda of the Wednesday talks was discussed.

The collapse of the ISIS terrorist group’s so-called caliphate late 2017, along with a significant drop in violence in the country thanks to a December 2016 ceasefire, has raised hopes that a dialogue-based solution to the conflict will be soon in sight.

The 2016 ceasefire was also brokered by the trio, after the liberation of Aleppo knocked the final nail on the coffin of western countries’ regime change dreams, which have left hundreds of thousands dead and millions homeless in Syria.

The trio later started holding peace talks in Astana, which are aimed at achieving a political settlement to the lingering conflict.

The meeting came shortly after US President Donald Trump said he wanted to “bring American troops back home” from Syria, after indicating last week the US would withdraw from the country “very soon”.