Has Iran found the Right Man or a good deal? 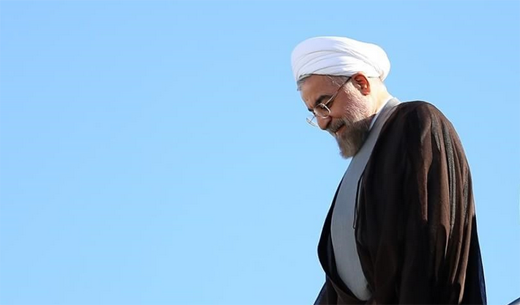 Saeed Laylaz, an economist, says the Lausanne agreement can bring about positive results for Iran, but its advantages should not be overblown.

Saeed Laylaz, an economist and journalist, says nuclear talks between Iran and P5+1 which culminated in the Lausanne statement have rekindled hope in Iranian society and produced a big change. He says although the importance of the Lausanne agreement should not be blown out of proportion, it can boost Iran’s economic growth this year.

He takes a look at the performance of the eleventh government, saying that Dr. Rouhani’s administration has fared remarkably well, citing what it has done to crack down on [massive] corruption cases [his government has inherited from the past].

Etemaad, a reformist daily, on April 13 published an interview with Laylaz, who is also a lecturer and faculty member at Shahid Beheshti University, on the government’s domestic policies as well as efforts which could undermine or boost the government’s social base [in the country]. The following is a partial translation of what he said:

People’s vote for Mr. Rouhani was in fact a vote which sent him – as manifestation of their thoughts – inside the establishment. The vote was not a call on him to meet public expectations. I think if Mr. Rouhani is unable to do something [to change the status quo], it means the existing structures do not allow for more to be done.

However, if he can get something done, it means that our national will wants it to happen. In the case of nuclear talks, for instance, the national will was calling for progress, so it happened.

There is a consensus among people from different walks of life and people in power [on the nuclear issue]. But when it comes to ending the house arrest [of the presidential hopefuls who disputed the 2009 election results and caused unrest in the country], the core of the establishment is opposed to the termination of the house arrest, thus the national will fails to play a role and nothing is achieved. This is not inability on Mr. Rouhani’s part; rather, it suggests that the stage is not set for the materialization of what people want to see happen.

[…] The flat capital growth in the first three quarters of last year [ended in late March 2015] came after a 30 percent decrease in the two previous years. This shows we set out from a very dangerous point, but we managed to make up for all economic shortcomings of those years. If this trend persists this year, we can return to the point where we stood in the twelve months to March 2013. […]

That many people are not satisfied with the present conditions shows how critical the situation is. It has nothing to do with the inability of Mr. Rouhani.

To be honest, the president took over a government which was on the brink of collapse. It will take a long time to make up for the damage Iran has sustained on its economic, political and social structures. The damage cannot be undone in some areas, including outstanding bank debts. […]

It’s a big loss that almost one-third of Iran’s bank claims is never paid off. Sanctions, which are part of an organized plunder, have hit the economy. […] Compared with an Iran under the Reformist government, Iran has now slipped into $400 billion in accumulated capital deficit. […] Investment should rise twice as much what we have today for the country to be able to make up for the losses in a four-year period. […]

There is hope for sure, because there is no other option. People are waiting to see the situation change for the better, thinking that a promising future lies ahead for Iran this year, but domestic disputes remain in place.

Nuclear talks have dragged on for about two years with people in the country eagerly waiting for a deal. If clinched, the deal will surely leave a positive impact on society. The business atmosphere and the popular mood have heavily relied on such a deal, but it does not mean that it will come with overoptimism on the economic front. The market, including the stock exchange, is not consumed with excessive optimism [about better days ahead].

The [Lausanne] agreement has injected a sense of hope into the fabric of Iranian society and sparked off a transformation. From this perspective, I think the general psychological mood has become more hopeful and cheerful than before.

Lausanne agreement and next presidential vote

Dr. Rouhani will be certainly reelected for a second term, although it is premature to talk about what the future holds. We need to wait for both the practical outcomes of developments that follow the agreement and for other events which will play out after [2016] parliamentary elections. It’s too early to predict, but the agreement apparently will affect the results of the next [presidential] vote.

We should not magnify the agreement’s economic advantages. I think it will help the country pay less (by 10-15 percent) for its imported items compared with the price Iran has paid for imports throughout history, especially over the past several years.

It will also stabilize the value of the greenback [against the rial] and improve Iran’s foreign relations. In a two or three-year period, the agreement will boost the country’s economic growth by five to six percent; in other words, it will help national economy grow by two percent each year.

Rouhani and national will

Reformists account for the majority of people in Iranian society. I’m sure that more than 70 percent of the Iranians support reforms and reformists and their leaders. Reformism basically calls for renouncing violence, setting aside radical methods and caring about the country’s political fate.

In 2013, we voted for the best option; this is what we’ve always done. Some might argue there were better options [candidates] than Mr. Rouhani. Yes, that’s right. It can be also said about the head of the Reformist government [President Mohammad Khatami], but the fact of the matter is that nations always vote – in line with genuine frameworks – for the best option that can work in the existing system and look for an exit strategy [to get the country out of the deadlock]. People in Iran did the same thing with Mr. Rouhani. I’m sure our vote was for the right man.

Opponents and the eleventh government

Over the past one and a half years, we have put an end to a great deal of rent-seeking measures. The money – hundreds of millions of dollars in public funds – rent-seekers use each month has been reduced to almost zero. I wouldn’t be exaggerating if I said millions of dollars generated as a result of differences in interest rates is transferred by rent-seekers each year.

Each month different cases involving millions of dollars in foreign exchange embezzlement and the like are reported in the country. The Iranian economy was hit by astronomical misappropriation [of funds]. It is not the case anymore. Mr. Rouhani has done big jobs. That the transfer of the embezzled money has decreased compared with the past two years may sound strange to believe.

In such circumstances, it’s clear that some people begin to air grievances and some others hope to see better days and hear good news from the government.

Assessment of the government

Dr. Rouhani is more serious, perseverant and reformist than what we earlier thought. I think if he reruns for president and challenged by the same rivals, he will certainly garner more votes.