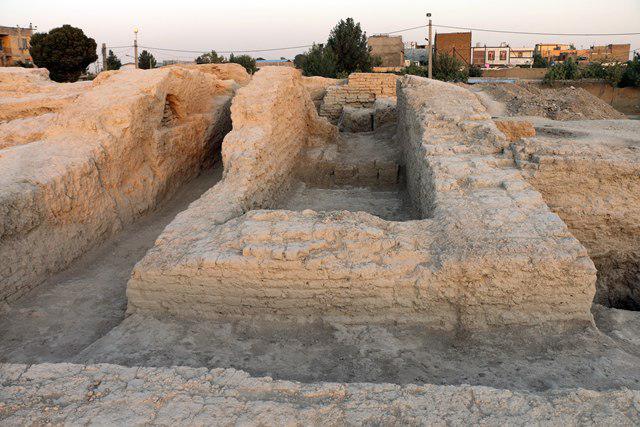 The excavation of Khatounlar hill in Mehrdasht Village of Malard County in Iran’s Alborz province has led to the discovery of precious remains of a large building from the Seljuk and Ilkhanid period.

Mohammad-Reza Nemati, head of the excavation team said the hill is about 4,400 square metres located in the centre of Mahdasht village in Malard, 60 kilometres southwest of Tehran.

Miras-e Arya quoted Nemati as saying that at the second workshop, located at the highest point of the hill, the remains of a precious architectural work were found within a large building. “The entrance is from the west and is connected by a corridor and large and small rooms,” he added.

“The walls of these rooms are made of brick and have a crescent-shaped ceiling, the traces and remnants of which could be seen in some rooms,” he underlined.

Among the valuable artifacts, there is a large number of stamped ornamented caps, chess pieces, coins, Uyghur pottery and many pieces of earthenware, he pointed out.

This archaeologist said, after completing the excavation, the hill will be organised and the documentation of the findings and the initial protection of the artifacts would begin. Then, the discovered region will be roofed for further studies.

Nemati explained the excavation of Khatounlar hill was carried out with the permission of the Iranian Research Institute for Cultural Heritage and Tourism (RICHT) and the mansion is registered as a National Heritage of Iran.